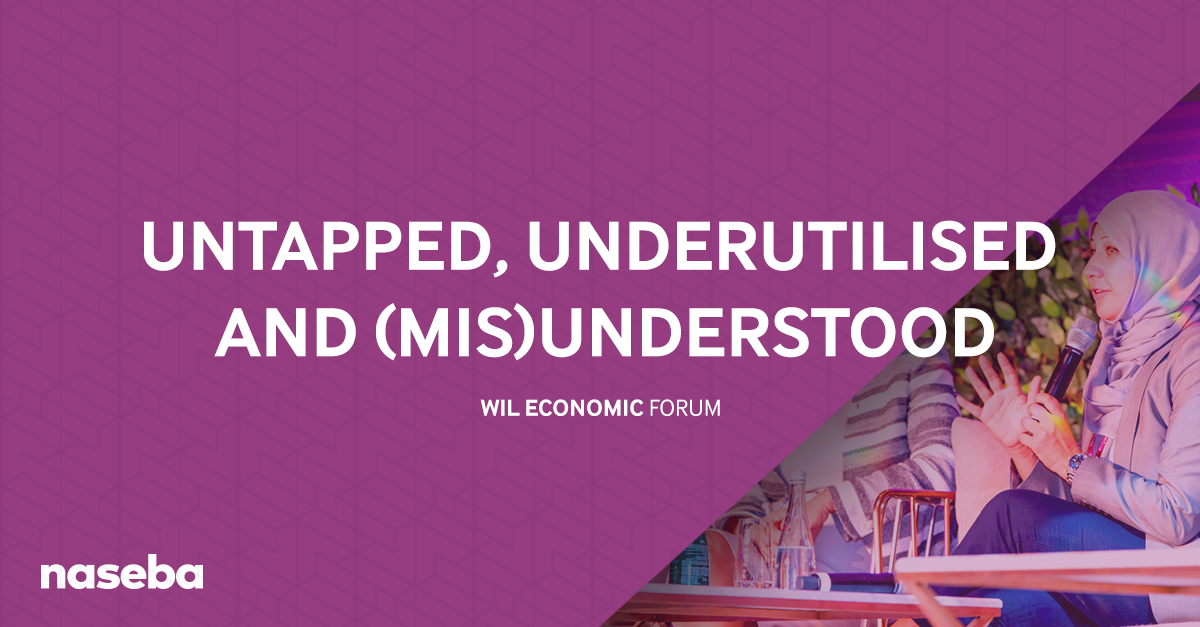 “Who run the world?” If you’re a fan of Beyoncé, it’s ‘girls’, but while we’re nowhere near achieving global gender parity, the potential influence and impact of women on the world economy is undeniable.

Women’s participation in the global economy could add as much as US$28 trillion to annual global GDP by 2025. You’re going to hear this mind-blowing figure frequently quoted in the run-up to the Global WIL Economic Forum 2018, and if you want to sustain your own business success, it’s time to pay attention.

An untapped, underutilised and, let’s be frank, misunderstood resource – the economic benefits of redressing the imbalance are financially compelling; yet, looking at the Middle East and North Africa region, which closed 60+% of its overall gender gap in 2017, female participation in the workforce ranges from a paltry 15-63% with only 9% of women currently occupying senior positions.

In an increasingly digitialised world where blockchain, artificial intelligence and the Internet of Things are transforming the way businesses operate, closing the global gap in science, technology, engineering and maths (STEM) education is vital, not only female economic empowerment, but also to satisfy burgeoning demand for uniquely qualified individuals.

More and more women are choosing to follow the STEM career route yet only 26% with STEM college degrees end up working in their chosen field, versus 40% of men.

This is largely attributed to continued gender stereotyping and an absence of relatable female role models.

However, an increasing number of women are railing against this societal brainwashing and breaking out of the prescribed mould to defy convention; and smart CEOs are implementing talent strategies focused on diversification and inclusion.

HARDWIRED TO SEE THE BIG PICTURE

Women are also flipping gender stereotyping on its head in other areas, such as financial management. Historically more likely to be involved in budgeting household income and managing long-term savings, they are hardwired to see the big picture, which collectively adds a different level of financial discipline.

Add to that a tendency to follow an analytical decision-making approach, to listen and weigh up the pros and cons, rather than necessarily go with gut feelings, and this translates positively into the business environment.

In fact, companies committed to gender equality outperform their peers according to a study that found that where women occupy at least 30% of leadership positions, this adds 6% to net profit margins and businesses that increase leadership opportunities for women also increase overall organisational effectiveness.

LIQUIDITY UNDER LOCK AND KEY

Women in the region are also sitting on the financial fence when it comes to investing. In 2010, it was estimated that Saudi women alone had the key to untapped liquidity of almost US$12 billion.

The reason women aren’t parting with their cash is simple: they don’t see the right products or channels in which to invest. That’s why hiring women as part of your talent diversification strategy is a smart business decision, and why producing something in pink isn’t the solution to targeting the female consumer.

Women are powerful influencers within their own communities and, as well as bringing more women into the workplace at all levels to create truly diversified and commercially superior teams, there’s a solid argument for supplier diversification.

By focusing on partnering with ‘best in class’ businesses, with increased emphasis on women-owned, this not only supports wider investment into female economic empowerment but also opens the doors to new multi-billion revenue sources, and, ultimately, is a driver for future economic growth.

Going beyond business to make a sustainable impact in people’s lives
07/11/2018
Recent Posts
Categories
Go to Top
Array ( )
Want to be part of the Womenomics conversation?
Reach out and we will let you know next steps.