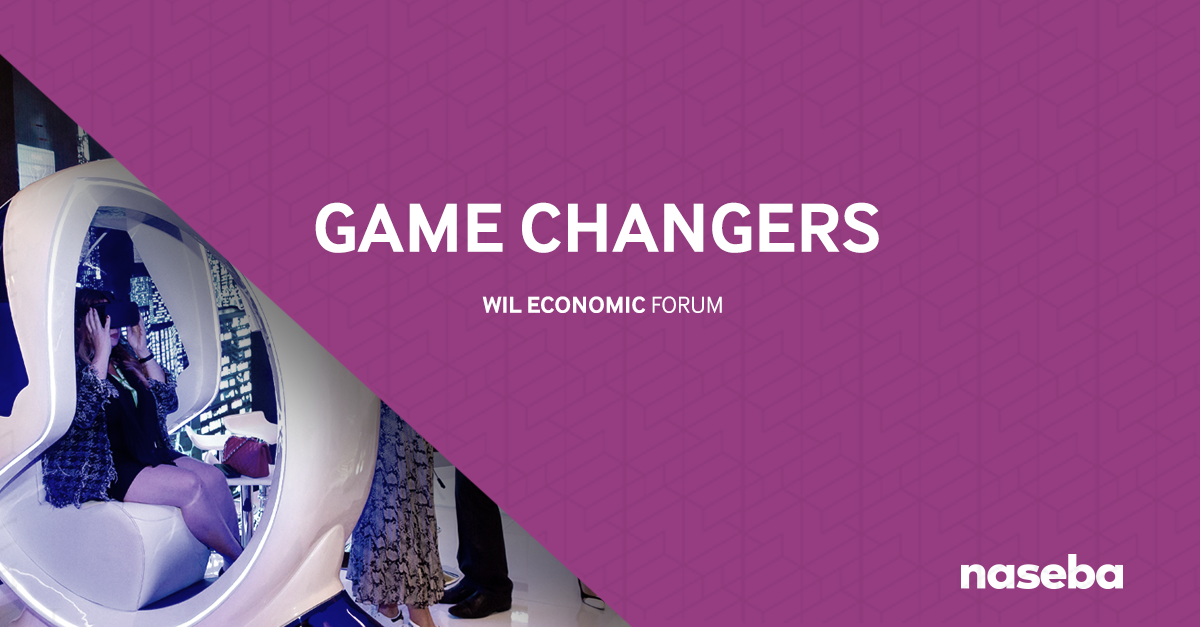 From a marketing tool originally populated by brand ambassadors, the role of the influencer has evolved into something more meaningful

In 2017, CNBC tagged the social media market with an estimated US$1 billion valuation. Influencers get a bad rap in many quarters, and with some experts citing a decline in trust of peer authorities, along with the rise in bots and faux influencers, those individuals out there who can add something more valuable to the conversation are the real deal.

A powerful vehicle to raise widespread awareness and support change when it comes to gender parity, as far back as 1995, the Beijing Platform for Action recognised the ‘potential of the media to make a far greater contribution to the advancement of women’.

Translate that to ‘social media’, and support for female economic empowerment has come from diverse sources, with celebrities, business people, politicians and ordinary citizens able to leverage their networks to share their own successes, speak out, and empower others.

American designer Tory Burch struggled as a female business self-starter before becoming a global fashion icon. From day one she has been a staunch supporter of female economic empowerment, drawing on her own experience, industry contacts and the platform of fashion to support other entrepreneurs. The Tory Burch Foundation offers micro loans to early-stage women-run businesses in the US, as well as education, mentoring and networking opportunities. She also launched the #EmbraceAmbition campaign and annual summit, which brings together leaders, artists and politicians to share their stories and motivate other women and men to ‘own their ambition’.

The 82-year-old actor has been outspoken on the subject of women’s rights since the 1970s and his co-chairship of the Equal rights Amendment Countdown Campaign (1981) through to his company’s founding of the Women in Business Project. Its Power Connection workshop takes participants through a set of improvisation-based and role-playing exercises, where they relive and succeed at those difficult moments they face in the workplace; and go on to mentor and support other working women. Active on Twitter and via his popular Clear+Vivid podcast series, he continues to reach out to, and engage, a multi-generational audience.

The US born, Dubai based founder of Huda Beauty swapped a career in finance to become a make-up artist, using her blog to share fun and accessible beauty tutorials before launching her company. With a reported net worth of US$550 million and almost 26 million Instagram followers, she is both a style icon and savvy businesswoman who knows her audience. A two-way street mentality sees her support other artists’ work through her own social media channels. Her latest venture, which will see Kattan leverage her extensive global network and reputation, is a fund designed to help new beauty and wellness start-ups. The Huda Beauty Angels fund will lend seed money, mentoring and advice to aspiring entrepreneurs.

The Mayor of London, Khan is the architect of #BehindEveryGreatCity, the UK capital’s equality campaign, unveiled at the end of 2017. The campaign calls on people and businesses to set equality goals, and champions the achievements and contributions of women from all walks of life. Backed by other high-profile personalities, and active social media players, including supermodel Naomi Campbell and rapper Tinie Tempah, the message is being disseminated across multiple social media channels and industry sectors. It is also crossing over and joining up the empowerment dots through synergies with other campaigns such as #firefightingsexism, launched by Dany Cotton, Fire Commissioner for London.

An Instagram following of close to eight million and Victoria’s Secret Angel model, Karlie Kloss is also a huge supported of getting girls into science and technology. She took her first coding class in 2015, following which she started her Kode With Klossy programme. With the aim of redressing the historic imbalance of women in tech roles, the non-profit summer camp immerses 15 to 18-year-old girls in the world of coding. This year, she partnered with Teach For America to recruit and hire 50 instructors who also learned how to code, with the goal of taking their coding curricula back into their own communities.