Setting up in Saudi 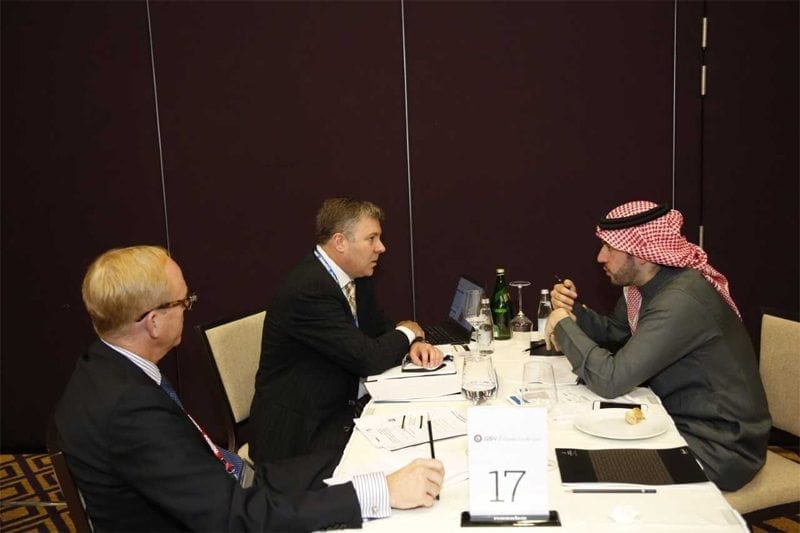 On the back of almost a century of oil production, Saudi Arabia has become a wealthy and influential force on the global stage, yet to many it remains inaccessible. Now, with a millennial Crown Prince leading the way, the kingdom is open for business

Historically, Saudi Arabia’s reputation on the world stage is built on the influence and prosperity acquired through its hydrocarbon industry – a seemingly inaccessible kingdom where oil and wealth are the preferred currencies and visas are hard to acquire. But for those who have lived, worked and conducted business in Saudi Arabia, the reality is very different.

The enigmatic Gulf state is the largest economy and only G20 member in the region, generating GDP worth an estimated US$646 billion in fewer than 100 years of oil trade.

To the US, Saudi Arabia is the largest goods export market in the Gulf behind the UAE and, in 2015, service exports to the kingdom including travel, maintenance and repair, and financial services, totalled $9.9 billion.
However, when inextricably tied to oil prices, economic growth is volatile. While GDP growth averaged 4.24% between 1969 and 2017, this marks the centre point between extreme highs and lows, from a record 24.2% in Q4, 1973, to -20.7% negative growth in Q4, 1982.

When oil prices crashed 40% in the second half of 2014, the kingdom took action.

In 2016, the government of Saudi Arabia announced Vision 2030, a comprehensive plan to recalibrate the national economy through social and fiscal reform and the creation of thousands of private sector jobs. Across 25 targets, the programme includes the creation of new cities, investment in new technologies and a transition to renewable energy, with specific goals to increase non-oil government revenue to SAR 1 trillion from SAR 163 billion currently.

The changes will increase the private sector’s GDP contributions to 65%; increase FDI from 3.8% of GDP to the international level of 5.7%; and raise the share of non-oil exports in non-oil GDP from 16% to 50%. Crucially, in the Global Competitiveness Index, Saudi Arabia will rise to a top 10 position by the end of the next decade, based on further advancements in minority investor protection, taxes, contracts, cross border trade and other areas.

To achieve the targets, the traditionally conservative kingdom must adopt a number of emerging technologies and ideas to embrace corners of the economy previously left behind. The focus falls on innovation and technology, pioneered by new, international partners and the kingdom’s highly educated youth, who currently account for 70% of Saudi nationals.

Energising this sector, in early 2018 Saudi Arabia General Investment Authority (SAGIA) announced the Entrepreneurship Licence. The licence supports global and local innovators to collaborate with the country’s research centres and SME services and, for the first time, allows entrepreneurs to establish projects in collaboration with Saudi’s Universities and business incubators.

Leading the way during this period of unprecedented change, is Saudi Arabia’s millennial Crown Prince, Mohammed bin Salman, known across the kingdom as MBS. Since his appointment, he has made a series of announcements, overturning decades of Saudi tradition while capturing the interest of investors from around the world.

In terms of social change, these include introducing an entertainment industry across the kingdom, allowing women to drive and embarking on a high-profile anti-corruption drive.

Proving the kingdom is officially open for business, MBS has unveiled three key programmes to drive Vision 2030: the Public Investment Fund; Fiscal Balance Programme; and National Transformation Programme. Together, these will boost innovation and competitiveness, providing new opportunities for women and young nationals through entrepreneurship and the development of new sectors incorporating AI, fintech, renewables science and technology.

The Public Investment Fund, chaired by MBS, will power the plans. Released in October 2017, the 2018 – 2020 programme comprises 30 new initiatives, with the aim of increasing national assets almost 100% to reach $400 billion by 2020.
The fund will target new sectors such as the military, industrial sector, e-commerce, entertainment, real estate, infrastructure and recycling and waste management. More than 11,000 high-skilled direct and in-direct jobs will be created, potentially attracting $5.3 billion in FDI in only three years.

The fund will also direct investment to Saudi’s next generation of mega-projects – a series of new urban economic hubs that will stand as a physical representation of the country’s progress.

These include Neom, the $500 billion transnational city and economic zone positioned to unite three regions. Dealing in trade, innovation and creativity, Neom will focus on nine key economic sectors, including energy and water, biotech, advanced manufacturing and food. A city of the future, the entire development will be powered by renewables and served by driverless vehicles and vertical farms.

Boosting tourism and entertainment, Al-Qiddiya will see the development of a world-class entertainment park with a safari and Six Flags theme park, southwest of Riyadh. Elsewhere, the Red Sea tourism project, announced in August 2017, will transform 50 untouched islands into sustainable resorts under plans rooted in cultural conservation and economic stimulation.

Keen to ensure change is organic and inclusive, Saudi Arabia has also launched the Future Investment Initiative, a forum uniting global CEOs and investors with world-leading experts and visionaries from a range of industries. Each forum aims to explore the evolving role of sovereign wealth in driving the next wave of business, innovation, technology and investment, and already counts 3,500 participants from 80 countries.

As Saudi Arabia’s investment spree continues, businesses, entrepreneurs, change makers and corporations have the chance to become part of the greatest national transformation of the century. By breaking free of the inefficient oil producer stereotype, Saudi isn’t just carving a new reputation on the global stage, but providing an opportunity for investors to share in the untapped potential of its people, heritage and economy.