5 reasons why the youth will revolutionise Saudi Arabia’s economy 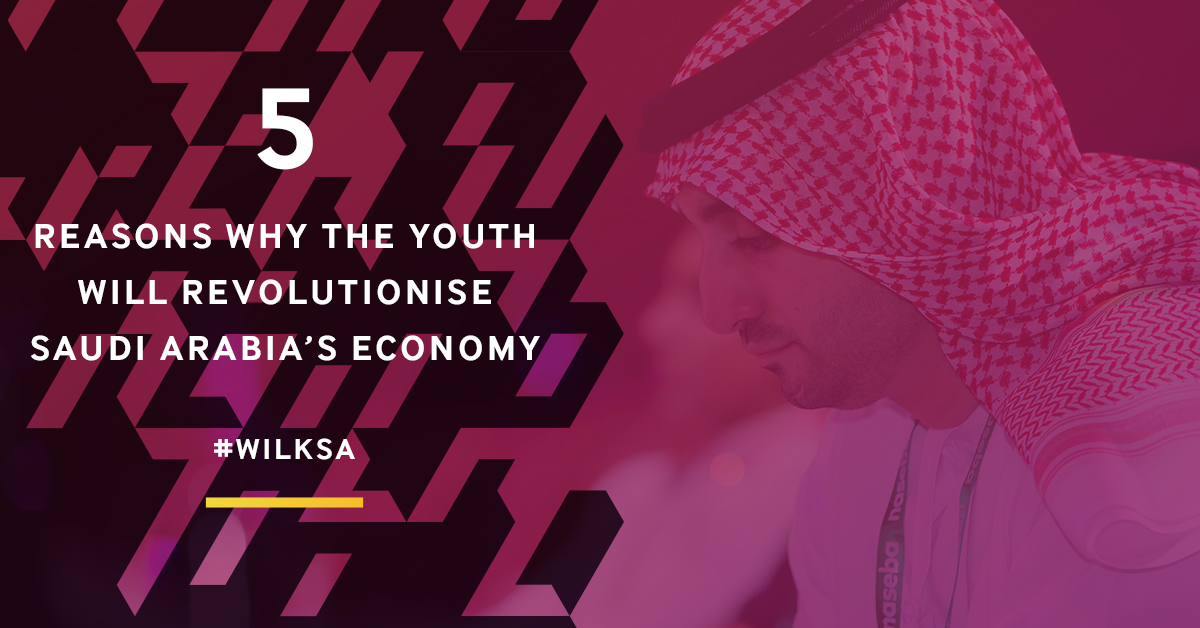 Saudi Arabia is on a path to modernisation and, to achieve its plans, H.R.H. Crown Prince Mohammed bin Salman is turning to the next generation – ambitious, highly educated and driven, he refers to them as “the architects of our future”.

Comprising 70% of the population, the Saudi youth are poised to take centre stage as the initiators and facilitators of the kingdom’s reforms. Over the coming years, they will be called upon to pioneer new business solutions that create jobs and they will be challenged to devise innovations to solve the most pressing issues concerning technology, energy, finance, society, and climate – it’s a level of purpose other millennials can only dream of.

Here are five factors that will secure their success…

On size alone, Saudi’s youth are a force to be reckoned with. Add to this their internationally acquired college degrees, language skills and increasingly liberal attitudes and they become the embodiment of change and progress. As H.R.H. Crown Prince Mohammed bin Salman recently said: “70% of the [Saudi] population is under 30 and we won’t allow the [other] 30% to hold them back.”

At only 32 years old, MBS is the driving force behind Vision 2030 and the voice of a generation. An orator and visionary, he has reversed the ban on women driving; committed to create an entertainment industry in the kingdom; and launched a high-profile anti-corruption drive. During the Future Investment Initiative, he told delegates: “In all honesty, we will not waste 30 years of our lives being dragged into extreme ideas, we will destroy them, now and here”.

… and innovation drives economic activity. As the Fourth Industrial Revolution continues to transform life and work, the government is placing strong emphasis on mobilising the youth to drive innovation, with targets to create more than 200,000 jobs by 2025 through entrepreneurship. In the government’s own words, the aim is to make citizens job creators, rather than job seekers.

Keen to put its money where its mouth is, the Saudi government has launched numerous strategies to transform innovation into jobs and economic strength. In early 2018, the Ministry of Communications and IT announced a partnership with Misk Foundation and the Mohammed Bin Salman College, placing 30 local entrepreneurial ventures in accelerator schemes. Further, SR12 billion in funding will be distributed by SMEA to support entrepreneurs over the coming years.

Speaking in 2017, MBS said: “Our youth are our wealth. If they receive proper guidance they will create an excellent world on our earth.”

H.R.H. Crown Prince Mohammed bin Salman isn’t the only one vocally opposed to “wasting 30 years”. The youth do not subscribe to the same ideas as their parent’s generation and have little interest in “business as usual”. This isn’t just economic reform – it’s a cultural shift with the next generation is at its heart.

Supporting Saudi’s male and female youth to pursue the ideas that will drive tomorrow, the WIL Economic Forum KSA provides an opportunity for the kingdom’s most promising young talent to meet with leading organisations, entrepreneurs and mentors. The Forum takes place 19 – 20 March 2018, at the Crowne Plaza, Riyadh.