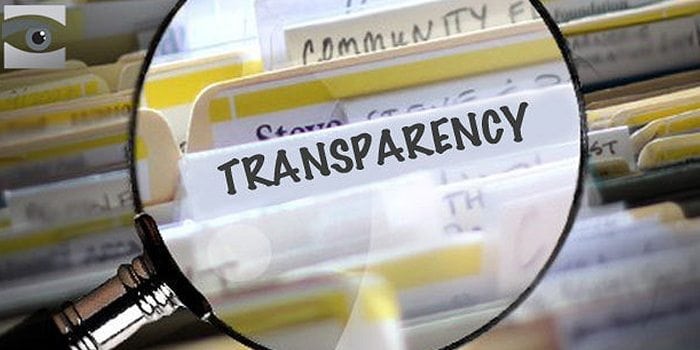 In his novel Nineteen-Eighty Four, George Orwell tells the story of a world of constant war and permanent government surveillance by the Party’s leader, Big Brother.

Just like the world in Orwell’s novel, the world of international taxation is changing into a world of global ‘government surveillance’. The changes will have a huge impact on MNEs financial and tax compliance, reputational risks, and ultimately – if you don’t manage it right – the bottom line of the P&L. In many cases, it will be the CFO who has the final responsibility for managing this world of tax transparency.

The measures to enhance tax transparency

Currently, the ‘Orwellian government surveillance systems’ are being implemented by governments around the world. The measures have been designed by the OECD, supported by the G-20, and fueled by media-inspired public rage about perceived international tax evasion, inspired by LuxLeaks and Panama Papers.

The measures follow from ‘BEPS Actions’ 5 and 13. In addition, there are some rules imposed by the European Union (EU) that will have far-reaching consequences for companies with international activities.

The measures that are being implemented relate to exchange of information and can be divided in three main categories:

For each of these categories, below we summarize some key considerations. In the workshop “Tax is no longer only for the tax team”, these topics will be discussed in more detail.

The exchange of information regarding the tax position of internationally operating groups comprises two main items: the exchange of tax rulings and country-by-country reporting.

The final report on BEPS Action 5 provides for the compulsory spontaneous exchange of information on certain categories of tax rulings. Separately, the EU adopted a new Directive requiring the automatic exchange of information on tax rulings and advance pricing agreements between Member States of the EU. Information will be exchanged to the countries affected by the rulings, as well as the countries where the immediate parent company and the ultimate parent company are based.

Broadly speaking, the framework applies to rulings issued on or after 1 January 2010. All rulings will have to be exchanged before 2017 (or even earlier). Currently, tax authorities in various countries are collecting the data to be exchanged. In some countries, tax authorities offer taxpayers the opportunity to complete the questionnaires for the exchange of information, which may reduce the risk of the exchange of information that is incorrect in the view of the taxpayer. CFOs or their tax team will have to consider the positions to be taken in this respect with their advisors.

BEPS Action 13 proposes to amend the Guidance on Transfer Pricing Documentation and to introduce Country by Country Reporting (CbC). The CbC contains a three-tiered approach. First a Master file is proposed, containing standardized information (blueprint relevant for all group members), secondly a Local file is proposed, containing an overview of all material transactions per group company including the reconciliation between the transfer pricing system and the actual results and, finally a CbC report is proposed containing information regarding the allocation of income, taxes and business activities per jurisdiction. The CbC file has to be handed over to the authorities in the country of the parent company, or a substitute country if the parent company is in a non-compliant jurisdiction. The authorities will subsequently exchange this file to other jurisdictions.

The new CbC Reporting requirements are to be implemented by the participating jurisdictions for fiscal years beginning on or after 1 January 2016 and apply to multinational enterprises with annual consolidated group revenue equal to or exceeding EUR 750 million. Companies that do not meet this threshold are exempt from submitting the CbC file. However, they may still have to implement Master files and Local files.

The exchange of information relating to financial accounts

The US introduced FATCA following the discovery that there were 52.000 US persons with tax evading accounts at one Swiss bank. The Foreign Account Tax Compliance Act  became effective per July 1, 2014. In order to effectuate FATCA the US concluded intergovernmental agreements (IGAs) with

Following the introduction of FATCA, the G-20 members requested the OECD to design a similar reporting system to be used based on tax residency instead of nationality and that could be applied between all jurisdictions that would like to participate. The model called Common Reporting Standard (CRS) was agreed upon in November 2014 by the G-20 Leaders. At the moment nearly 100 countries have committed to implement the CRS into their domestic law. Based on CRS financial institutions will have to report to their local tax authorities information about the accounts held by non-resident accountholders. Subsequently the tax authorities will automatically submit this information to the tax authorities of the jurisdiction where the accountholder is resident if such jurisdiction participates to CRS. The first information will be exchanged during 2017. Before actual information will be exchanged an assessment will be made on confidentiality and data safeguard in order to ensure that the exchanged information will only be available to the tax authorities.

The exchange of information relating to ultimate beneficial owners

The 4th EU Anti-Money Laundering Directive (AMLD), adopted in May 2015, contains an obligation for EU Member States to introduce a publicly accessible register containing certain personal information of UBOs of corporate and other legal entities.

In respect of corporate entities, an UBO is a natural person that ultimately beneficially holds a shareholding or ownership interest of more than 25%. However, EU Member States may decide to lower the threshold. Also certain instruments other than shares will have to be taken into account.

The register will be accessible to competent authorities. However, also the public will have access to the UBO-register, if one can demonstrate a ‘legitimate interest’. In addition, a non-public register will be introduced in respect of UBOs of trusts. These registers have to be implemented no later than 25 June 2017.

The information regarding the UBO that has to be made accessible includes the UBO’s name, month and year of birth; nationality; country of residence; and the nature and extent of the beneficial interest held by the UBO. Needless to say that UBOs may not like their information to be published, which could easily result in conflicts between UBOs and the boards of companies that are required to file.