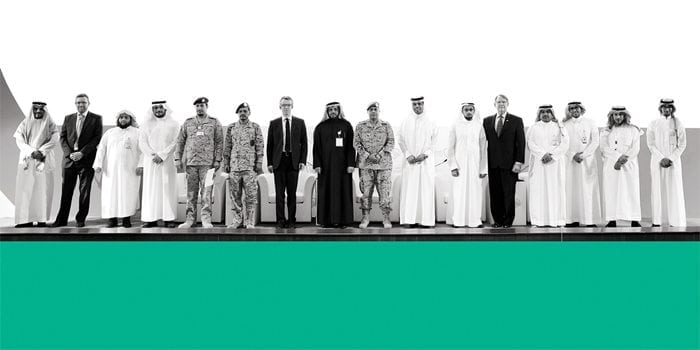 November 6th, 2016 – The Kingdom of Saudi Arabia is diversifying its economy with a series of historic and bold policy changes, and preparing to achieve the milestones set out in Vision 2030.

An essential element of this development plan is information and communications technology (ICT). ICT is increasingly becoming a common feature of life in Saudi Arabia, which has a young, tech-savvy population accustomed to the efficiency of digital and e-services, and the ease of social media and instant messaging services.

However, the benefits of ICT come with a dramatic downside: increased risks and threats from a variety of malicious agents, including hackers, hacktivists, organised criminals and foreign governments. In terms of cyber-attacks, Saudi Arabia is already one of the most targeted countries in the Middle East. Organised cybercrimes have widely increased recently in the region, including cyber armies, terrorist groups and other groups. It is, therefore, unsurprising that the Saudi cyber security market is projected to grow nearly 60 percent to 3.48 billion USD by 2019.

The success of cyber security in the Kingdom depends not only on spending, but also on the development of effective standards, policies and legal frameworks; assessments of risks, governance and compliance; law enforcement and legal interception; sharing and disseminating critical information and alerts; and creating further education and awareness among key stakeholders.

All of these issues will be addressed by experts and analysts from around the region at the 2nd Annual International Cyber Security Conference (ICSC) endorsed by His Royal Highness Prince Muhammad bin Nayef bin Abdulaziz Al Saud and taking place on February 27th – 28th, 2017 at the Security Forces Officer’s Club in Riyadh, Saudi Arabia.

The two-day conference will host over 1,000 delegates from different industry verticals and will be grouped into three main categories: VVIPs, industry drivers and future shapers.

Organised by the Ministry of Interior and National Cyber Security Center (NCSC), in partnership with business facilitator Naseba, the conference will be officially opened by His Royal Highness Prince Dr. Bandar bin Abdullah Al Mishari Al Saud, the Assistant Minister of Interior for Technology Affairs.

“The conference aims at providing stakeholders with strategic knowledge and tools to protect the Kingdom’s critical infrastructure and sensitive data, in addition to introducing them to leading solution providers,” said Dr. Abbad AlAbbad, the Executive Director of Strategic Development & Communication at the National Cyber Security Centre. “At a time when cyber threats are constantly evolving, we need practical solutions for threat mitigation, as well as the knowledge required to effectively deploy these solutions.”

The conference will address the current and future cyber security challenges affecting the Kingdom and the region; highlight solutions and opportunities in the cyber security sector; foster networking and collaboration; and facilitate transactions, partnerships and deals between key stakeholders and vendors.

“The International Cyber Security Conference” is another chapter in Naseba’s continuous contribution to the economic and technological development in Saudi Arabia, and we are honoured to be partnering with some of the region’s leading organisations to promote cyber security and technological innovation,” said Nicholas Watson, Managing Director at Naseba.

Leading national organizations will be invited to sponsor the conference and support the Kingdom’s fight against cybercrimes, in addition to national and international companies providing cyber security solutions, services, products, training and consultancy.