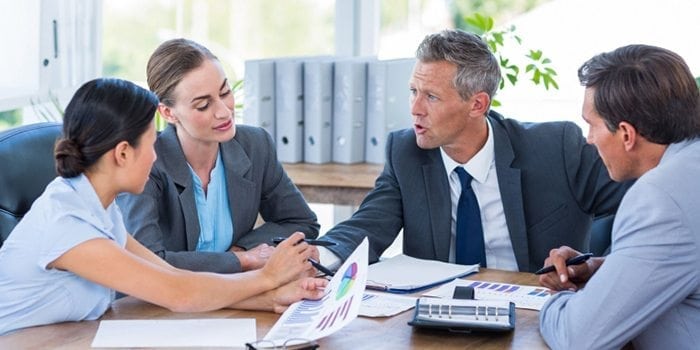 Difficult conversations are, well, difficult. Asking for a raise, persuading somebody that your idea is right and/or theirs is wrong, giving bad news to a supplier or direct report – nobody in their right mind enjoys these situations. But they shouldn’t be as difficult as they are, because, in fact, we all know what the “right” thing to do is and, if asked in advance how we should behave in a difficult conversation, we’d probably get it right. And when we are asked to observe others either in real life or on a video in a training environment, we can tell them what they’ve done right and wrong. But, in the moment, we don’t always do it.

This isn’t entirely our fault or, at least, it’s the fault of our ancestors and the brains they evolved to deal with the world. There’s a little part of our brain called the amygdala, and this tiny thing is very important, because when it perceives a threat to our safety, it releases cortisol and catecholamine. When these chemicals flood the brain, it stimulates the primitive limbic brain – our “lizard” or “monkey” brain – so that we can react by either running away or fighting back (the flight or fight response). This is terribly helpful if you’re faced with an angry lion, but not great if it’s a colleague whose under performance you need to address, or a boss who you believe is making an uninformed decision.

When the ancient limbic brain is activated, it closes down our prefrontal cortex. And this is important because the much more recently developed prefrontal cortex is sometimes called the “executive brain” (where executive means “having the power to put plans, actions, or laws into effect.”) This is what powers creative thinking, good judgement and empathy. It is what we tend to think of when we say the word “brain”. So when we are faced with a difficult conversation, it’s a neurochemical reality that it’s harder to behave well.

We lose bandwidth in the higher functioning areas of our brains if we feel fear or distrust, and so our ability to think and behave rationally is really compromised. And, of course, this is true for other people in the conversation too. If your audience doesn’t trust you, they can’t hear your message. If your direct report is afraid of you, they won’t be able to empathise with your agenda, or access their own “executive brain”. Quite literally, nervous people can’t think straight- or fully contribute. Those leaders who are proud of being “respected or feared rather than liked” might want to think about the implications of this on the performance of those around them as making others fearful or nervous is rarely a productive or efficient approach, long-term.

If difficult conversations take place in a space where our reptilian brain has been turned off and our executive brain has been turned on, then we are far more likely to be able to come up with solutions and to express these solutions well. We are also more likely to be open to new ideas, to be creative, and innovative. So if you want to harness all the intellectual capital that is available in the people around you, and unless you really believe you know everything you do, then you need to understand the BrainDrains (the inbuilt ways our brain has of making difficult conversations even harder), and how they affect you. You also need to be able to use the BrainTrains (what neuroscience and behavioural research tell us can help us fight back against the BrainDrains) to ensure that you are heard by others and can hear them.

It’s not impossible to have difficult conversations or “hard talk” well, but it is hard. (That’s why we called our program dealing with this particular issue, HardTalk!) It means learning new things about yourself and then monitoring your behaviour so that you can manage it. It won’t work every time, and it won’t work with every person, but it can work a lot more often than we think. And being the person with more information, or the person who can get their point across, or the person who can effectively hold others accountable, is likely to make your life -and that of the people around you- a lot better.