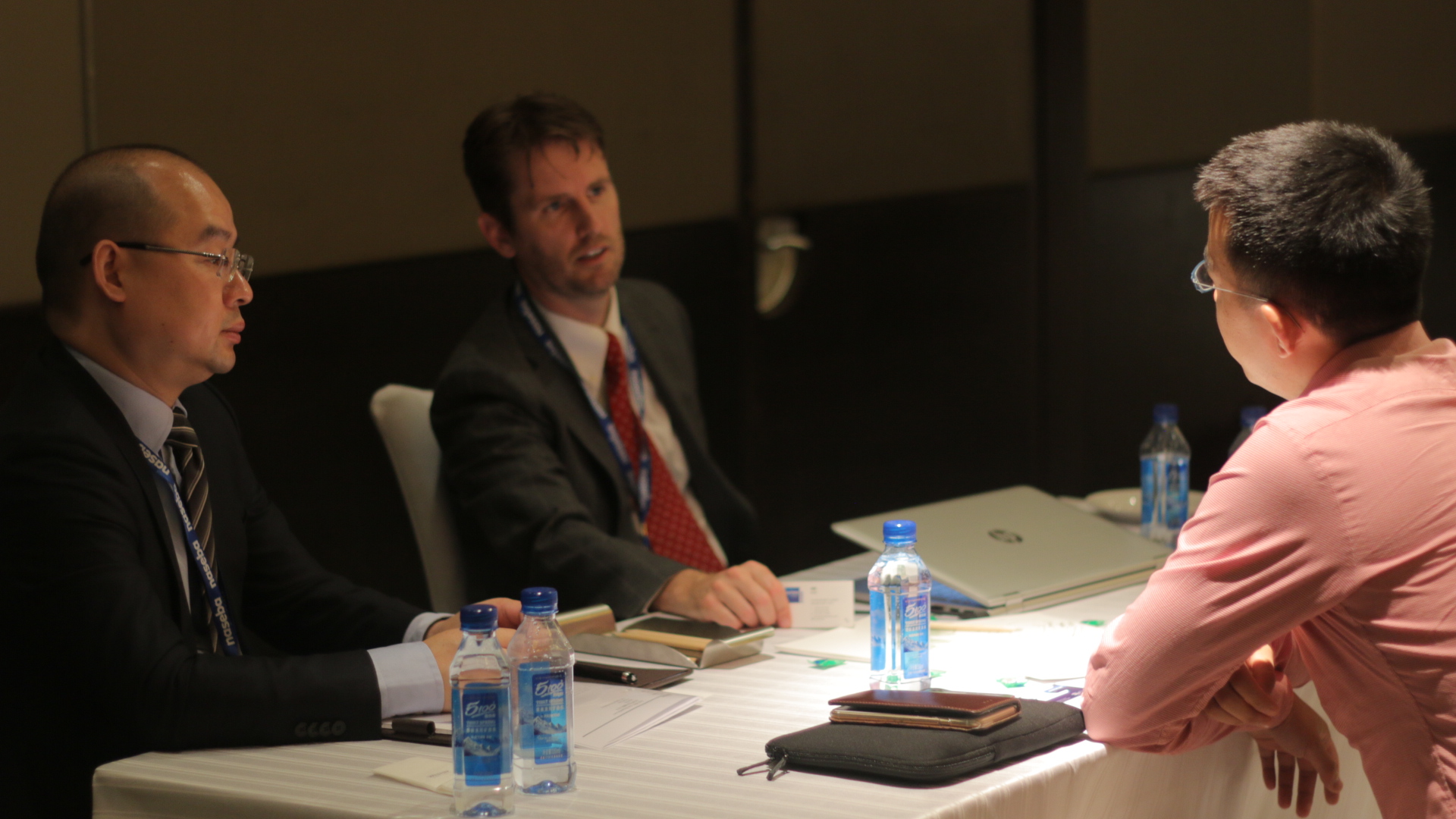 The year 2017 saw Beijing simultaneously tightening and ‘relaxing’ its outbound foreign direct investment (OFDI) protocols. In a somewhat confusing move, following a strew of disastrous Chinese investment decisions, and set against a background of politicking among the People’s Party and an ongoing battle against capital flight, Beijing began to scrutinise many outward investment decisions despite the continuing “Go Global” and “One Belt One Road” rhetoric. Now-infamous deals that have been stonewalled by Beijing include sales of Country Garden’s $100bn “Forest City” real estate project, and Dalian Wanda’s multibillion-dollar acquisition spree in Hollywood, which had up until then included deals with AMC, Legendary Entertainment, and Sony Pictures.

Despite speculation as to the actual cause, the People’s Government has adamantly repeated that the imposed (and unofficial) capital controls are merely to crack down on capital flight and poor investment decision-making, and not to restrict outward investment – especially in the case of investments pertaining to national interest or strategy.

However, it wasn’t just Beijing who exercised its regulatory clout – US regulators also sought to curb the influx of Chinese capital. Although the US continues to be the largest destination of Chinese outward investment, an unprecedented number of Chinese deals were delayed or abandoned in 2017, failing to obtain approval from the Committee on Foreign Investment in the United States (CFIUS) under the ever-present pretext of national security.

For all of 2017, China’s overseas investment tumbled 29.7% as Beijing clamped down on capital leaving the country, the first decline on record after years of growth.

While statistics have recorded a significant decline in OFDI in the first half of 2017 following the crackdown, the evidence shows strong appetite – that deal flow has not shrunk, but merely deal timelines have slowed: 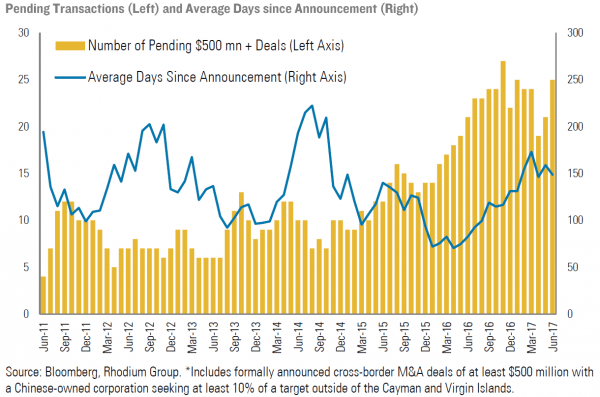 Number of Major Pending Deals and Average Days since Announcement*

The good news is, the current political sentiment is that Beijing moved towards a more transparent OFDI policy following the Party Congress which took place at the end of October 2017. This made the restrictions transparent and much easier to navigate. Beijing’s official stance is to encourage overseas investment – but with a caveat – it has vowed to limit investment in overseas property, hotels, entertainment, sports clubs and film industries it suspects is more speculative and aimed at evading capital controls.

In fact, Chinese overseas investment is already picking up again. According to the commerce ministry, November and December saw the nation’s OFDI grow by 35% and 49% respectively. January signaled a strong positive outlook with a 39.7% in OFDI increase as compared to last year’s year-on-year decrease of 35.7%. Investments related to the “Belt and Road” initiatives also rose 50%.

This is in line with continued efforts to open up China to global markets, to facilitate cross-border business, trade, and innovation. Early March, Beijing announced that the national legislature will take steps toward developing foreign investment law and real estate tax law, according to the work report. A spokesman at the press conference said that the foreign investment law was meant to promote and protect foreign investment. The new legislation will stick to policies of high-standard liberalization and facilitation of trade and investment, and significantly ease market access for foreign companies. It will create a transparent, stable and predictable business environment for foreign investors and protect their rights and interests, ensuring that they enjoy the national treatment and a fair market, he said.

Since first arriving in China six years ago, Naseba has gradually built strong relationships with leading private equity and venture capital firms in mainland China. Together with our network of investors, we are hosting the Private Equity and Venture Capital platform taking place on June 19th in Shanghai and June 21st in Beijing. The main objective of the platform is to support deal flow by bringing together international investment opportunities and local investors under one roof. If you are looking to raise capital or set up strategic or commercial partnerships, visit the PEVC China website and hit GET INVOLVED.