Fintech and the digitisation of traditional banking 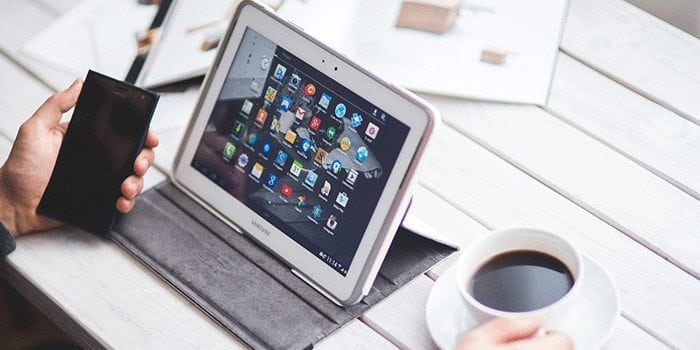 The fintech revolution is taking hold in the Middle East, and bringing with it a slew of attention-grabbing developments affecting the entire finance industry. Fintech trends have spread from the offices of startups to the hallways of the more established, sedate banking institutions. This is unsurprising, given that what the banking sector needs now more than ever is an injection of fresh ideas. For regional banks, the ability to offer high-quality, digitized financial services may spell the difference between long-term customer retention, and becoming entirely obsolete.

Even massive global institutions have embraced the reign of fintech, and its transformative effect on the very nature of commercial transactions. Deutsche Bank recently announced that it will be allocating 750 million EUR to digitization by 2020. The bank’s investment is a bet on the future of fintech – and it seems to be a safe bet. Although the future of the sector is by no means set in stone, every available indicator points to significant growth over the near and mid-term.

In 2015 alone, there was 19 billion USD worth of investments into fintech, representing a massive 106 percent increase over 2014. In Q1 2016, 5.3 billion USD was invested into fintech globally – a 67 percent increase over Q1 2015. And the sector remains strong despite having witnessed at least one massive failure, when UK-based unicorn startup Powa collapsed into insolvency less than a year after being valued at 2.7 billion USD.

For established financial institutions operating in the Middle East, the rise of fintech is both a threat and an opportunity. Although fintech ventures are often in direct competition with banks in areas like the provision of personal loans and cross-border money transfer services, there is plenty of room for cooperation. Banks and financial institutions in the Middle East, like their counterparts around the world, are pairing up with fintech startups to enhance their services.

According to a recent report titled “Fintech and the evolving landscape: landing points for the industry”, collaborative fintech ventures are gaining an edge over disruptive ventures. In North America, collaborative fintech companies captured 60 percent of all fintech investments in 2015 compared to only 40 percent in 2010. The Asia Pacific region saw a similar though less significant increase: collaborative ventures attracted 16 percent of fintech investment, up from 7 percent in 2010.

Increasingly, banks are displaying a willingness to actively seek out fintech innovations that could enhance their services and help to cement their market share in a world where digital services are in greater demand than ever. Customers who receive streamlined, user-friendly service in other sectors are beginning to expect and demand similar service from their banks.

And though traditional financial institutions are notoriously slow to adopt significant changes, they are now recognizing that this needs to change.

In the Middle East and elsewhere, banks are being encouraged by consultants like PwC to adopt a flexible approach to fintech, and explore financial technologies available to find new products that they can offer their customers. Banks have a significant edge over fintech startups: they are in a position of trust with customers, they have access to years of customer data, and they are intimately familiar with the regulatory environment. If traditional institutions choose to capitalize on these strengths while also making the most of financial technology, they might just manage to ride the fintech wave into a bright and lucrative future – rather than being drowned by it.