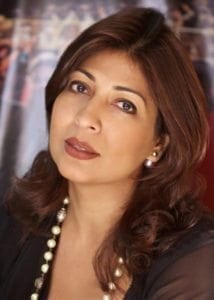 Vibha Bakshi is a National Award winning filmmaker and Co-Producer / Co-Director with Oscar winner Maryann Deleo.
A former business reporter for CNBC, Vibha has studied Journalism and Broadcasting from Boston University and New York University. Vibha’s films have been aired on HBO and Lifetime TV in the United States.
Her latest film ‘DAUGHTERS OF MOTHER INDIA’ is the winner of the National Film Award for Best Film on Social Issues, awarded by President of India. This is the highest honour in Indian Films. Her previous films include TERROR AT HOME, a film which was part of the United States Government’s Emmy Award winning campaign to Stop Violence Against Women and TOO HOT NOT TO HANDLE, HBO’s highly acclaimed film on Global Warming.
In