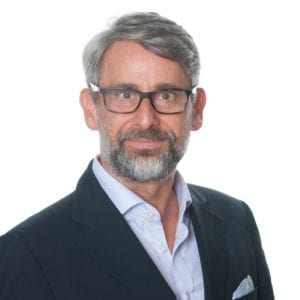 Nicola is the Managing Director of NASEBA Capital, a leading organization providing private placement and M&A transaction support in the Gulf region and other emerging markets. Based in Dubai, Naseba Capital leverages 15-year presence in the region and an extensive hands-on experience in facilitating deals between global innovative companies and investors.

Before joining Naseba Capital, Nicola spent four years in Saudi Arabia to establish and lead the KAUST Innovation Fund, the venture fund supporting KAUST’s pipeline of technology-based startup projects and investing in high-profile international technology companies. Under Nicola’s leadership, the fund has invested in more than 25 startups in a wide range of sectors, from renewables to biotech, from drones to smart cities.

For over a decade, Nicola co-led EonTech Ventures, an independent Luxembourg-based venture capital fund focused on French early-stage technology, as Founder and Managing Partner. He has also spent a substantial portion of his career as a management consultant at Arthur D. Little, in the Paris and Milan office, where he was a member of the Global TIME (Telecommunication, Information, Media & Electronics) practice. In 2011, as co-founder, he participated in the establishment of a venture capital fund in Russia.

Nicola holds an MBA from INSEAD and a Business Administration and Economics MS from Università L. Bocconi.