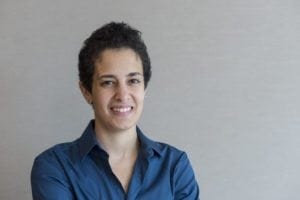 Ms. Khalifeh is the founder and owner of SheFighter, the first self-defence studio for women in Jordan and the Middle East. After initially training women in the basements of her parents’ house, Ms. Khalifeh opened the first SheFighter studio in 2012. It has since trained more than 10 thousand women all over Jordan and the Middle East.
Ms. Khalifeh is passionate about her business and is working to spread it globally. SheFighter is the first self-defence studio designed to empower women both mentally and physiologically through self-defence techniques. By learning SheFighter’s techniques women will feel more confident, secure and able to defend themselves from different violent situations. In Ms. Khalifeh’s own words, she was inspired to create SheFighter as a way to combat domestic violence, because “I didn’t find one real solution for violence against women”.
She has more than 17 years of experience in practicing martial arts like Taekwondo, Kung Fu, kickboxing and boxing. Additionally, she holds a black belt in Taekwondo 3DAN, and has represented Jordan in many competitions and championships (both national and international). She is also certified as a trainer in Canada and North America.