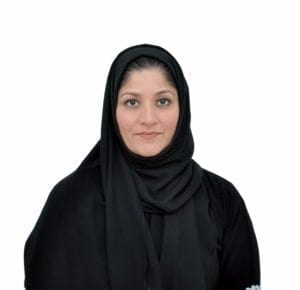 Dr. Asma Siddiki has been involved in the education and higher education sectors in the GCC region for the past twenty years. She most notably held leadership roles at corporate and academic institutions, in particular working with universities in their early stages of development focusing extensively on student services, institutional effectiveness, curriculum development, organizational development, and global institutional partnerships. She is an entrepreneur, angel investor, and mentor.

Dr Siddiki is currently serving as Senior Director for Special Projects with Emaar Economic City (EEC) in King Abdullah Economic City (KAEC), Saudi Arbaia, where her main commitment is to lead the Office of Student Affairs at the Prince Mohammed Bin Salman College of Business and Entrepreneurship (MBSC). Prior to joining MBSC and EEC, Dr. Siddiki was a Higher Education Management Consultant as well as the Founder and CEO of Oxbridge Learning Limited (previously knows as Alpha1Education), an education company specialized in developing and delivering educational programs for youth, such as its flagship programme, Oxbridge Summers, a summer school hosted at the Universities of Oxford and Cambridge in the UK for secondary school students. Earlier, Dr. Siddiki was Director, Global Higher Education at Huron Consulting Group based in Dubai; Associate Dean for Development and Director of Degree Programs at the Dubai School of Government (in association with Harvard Kennedy School). She also served at Effat University (then College) in Jeddah, Saudi Arabia, as Vice Dean, leading the Offices of Academic Affairs as well as Student Affairs. Dr. Siddiki was a Senior Fulbright Scholar during the summer of 2005 at the University of Massachusetts, Amherst, focusing on Civic Engagement as it relates to the student experience. She began her career as a teacher of a school (K-12), and afterwards, as Tutor at the University of Oxford, and Assistant Professor at King Abdul Aziz University and at Effat University.

Dr. Siddiki is the Founder of a non-profit, Simply Heuristic, serves on the Saudi-British Society Committee and the International Relations Committee (IRC) at the Jeddah Chamber of Commerce and Industry, amongst other initiatives for cross-cultural dialogue and understanding, was selected for the Vital Voices VV Grow Fellowship for female entrepreneurs (2014), and has been recognized for her professional achievements and contributions to society by the World Economic Forum, as a Young Global Leader (Class of 2014).

Dr. Asma Siddiki was educated in England, Switzerland and Saudi Arabia. She received her Doctoral degree (DPhil) as well as her Master’s (MSt) from the University of Oxford, and her Bachelor’s (BA) from King Abdul Aziz University.