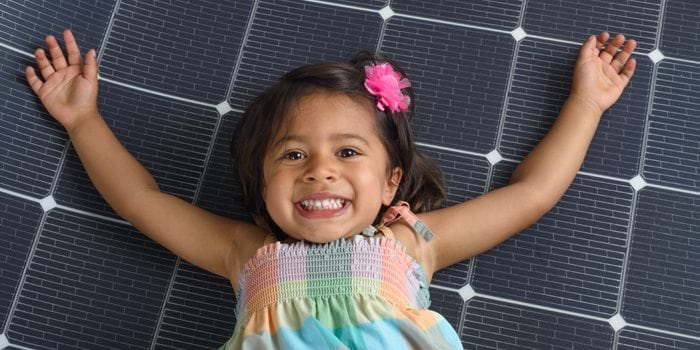 At Naseba, our core mission is to create opportunity for our clients and partners, from providing access to qualified buyers, partners and investors to crafting networking, learning and development platforms designed to support their organizational growth objectives.

As a result, we have the great privilege of working with truly inspiring founders from around the world who dare to dream and are a constant reminder that success is a choice.

Arnold Leitner, CEO of YouSolar, is one such leader who set out to change the way we think about solar technology and backup power.

A few years back I was sitting by the window of my office in the Bay Area above a Spanish tapas restaurant. A few weeks before a small earthquake had rocked my office. Nothing that would make the news in California, but it got my attention! I wanted to be prepared for the “Big One” and was now playing with my new solar mobile phone charger. While holding the solar panel and the phone in my hands I began to wonder: What if I also wanted to power my whole home during an earthquake? Who else could benefit from such a solar+battery system? Is that even affordable?

I put the solar panel and phone on the window sill and into the sun and began to run some numbers. After I felt comfortable with the assumptions and my math I looked at the bottom line and the number was exhilarating. The cost of power from residential and small commercial solar+battery systems was half the cost of diesel power and cheaper than utility power in some markets. I should know because I was a former consultant to the U.S. Department of Energy and a physicist turned energy economist. I also had founded two successful solar companies before. However, being cheaper than diesel and utility power wasn’t enough. Such solar+battery systems also needed to be practical. But before I could figure that out it was time to go home and pick up my son from daycare.

The next morning, I took a piece of paper and drew a solar+battery system that was practical. One that could be used anywhere in the world. A system anyone could put together. By the end of the week, the YouSolar solar+battery system was designed. As so often the things you want don’t exist. Well, then I just had to build one. For that I needed money. Over four years, I raised $2.5 million from 40 investors. For every 50 people, I pitched I got one investor—at best. That’s a lot of talking! A half dozen times the lights of the company were about to go out. But somehow we kept them on and now a prototype system sits in our “R&D center”—really a garage-turned-laboratory in the shadow of Larry Ellison’s new hangar at the San Jose airport.

Crammed in Economy Class, I am returning from my third trip to Singapore where we just received a term sheet from our lead investor for our $4.5 million Series A round. In addition, we have a term sheet from a Tier 1 electric and electronic automotive supplier who will handle our manufacturing and supply chain as a strategic partner. At this time, we still have room for up to $1.5 million from other investors. The required minimum investment in this round is $500k. The term sheet will be made available to an interested investor.

Thomas Edison made 1,000 unsuccessful attempts trying to invent the light bulb. We sure can appreciate his perseverance. But we also understand why he kept trying.

Arnold, representing YouSolar, will be joining over 20 global technology and healthcare business cases at the upcoming technology investor meeting to discuss strategic investment opportunities with the region’s leading investors taking place on February 21st and 22nd in Dubai and Riyadh respectively.