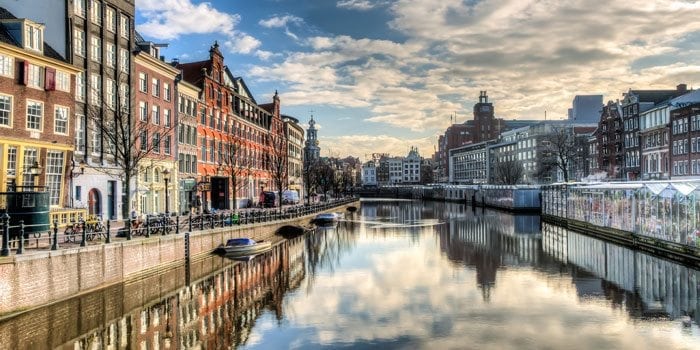 With the 600+ pre-registered attendees for next week’s inaugural HITEC Amsterdam, Hospitality Financial and Technology Professionals (HFTP®) is interpreting the strong interest as a sign of vitality for the hospitality industry and its stakeholders.

In 2017, HFTP expanded its stakes in its 45-year Hospitality Industry Technology Exposition and Conference (HITEC), by adding two boutique events in hospitality-strong regions to complement the larger, North American HITEC that runs annually in June.

The first of three HITECs in 2017 is HITEC Amsterdam, March 28-30 at the RAI Amsterdam Convention Centre, with pre-registration already exceeding the expected attendance numbers. This sign of popularity, plus the fact that the exhibit hall sold out in 72 hours when space was made available last June, demonstrates the need for a regional, concentrated forum to discuss the ins-and-outs of hospitality technology via networking, education and exhibits. This year HFTP will also produce HITEC Toronto, June 26-29 and HITEC Dubai, November 14-15, in partnership with Naseba.

“While we expected that HITEC Amsterdam would be a big draw, it is already exceeding our wildest expectations,” said HFTP CEO Frank Wolfe, CAE. “Because we are a non-profit organisation, our successes are attributable to the industry experts who volunteer their expertise and time to help plan the program, resulting in valuable knowledge-sharing that leads to industry improvement.  HFTP is also fortunate to have the support of many industry suppliers and sponsors, some who have been with HFTP through name changes, mergers and acquisitions for the HITEC brand’s 45 years.”

The HITEC Amsterdam education program is a topical slate of sessions planned and presented by a respected group of industry experts. The program itself was put together by the HITEC Amsterdam Advisory Council, led by Chair Carson Booth, CHTP and Vice Chair Derek Wood. Sessions will cover important topics such as: EU data privacy legislation, disruptive technologies, e-payments, service bus technologies, technology for profit and more. In addition, the program starts with a keynote from BBC Radio broadcaster Dr. Aleks Krotoski and caps off with a keynote by future-scenario planner Woody Wade.

Wolfe goes on to say, “HFTP has been entrusted by the industry as one of the most reliable sources for finding out how technology and finance impact our enterprises. HFTP’s volunteers are among the very best and brightest the industry has to offer who are extremely passionate about the industry.  It is that passion that drives such positive responses.”

In addition to the educational component, HITEC Amsterdam will also host an exhibit hall with 85 companies offering some of the best technology products and services ever assembled in Europe under one roof.  In support of the inaugural event, the Platinum Sponsors include CNN, Samsung, NEC and Novility. In addition, Horeca.digital is the exclusive sponsor of the start-up pitch competition Entrepreneur 20X, which is a pre-show event on the afternoon of March 28.

To know more about how you can participate in HITEC Dubai, visit our website or contact Ralph Witt on +971 44 55 79 27 or email ralphwnaseba.com.