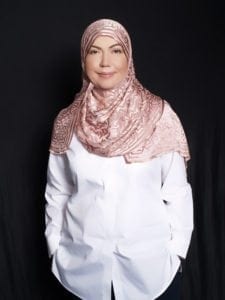 Tuba Terekli is the CEO of WAQF IQRAA, an international foundation with focus on developments in 57 countries in addition to her roles as the Co-founder and MD of Lead Angels and Co-founder of Qotuf Al Riyadah Development Company, the first Private Entrepreneurship Foundation in Saudi Arabia. She has further established the First Accelerator in Saudi Arabia Flat6LabsJeddah, the Country Host for Global Entrepreneurship Week in Saudi, The Host for The Creative Business Cup Saudi among many other initiatives that she has brought to the entrepreneurial ecosystem since 2011.

Furthermore, she has reached out to over 70,000+ entrepreneurs in different events and works with over 25 countries’ top institutes in SME and entrepreneurship development. Working throughout Silicon Valley, Europe, Turkey, GCC, and 13 regions of Saudi Arabia with the various chambers, ministries, universities, accelerator programs, and venture capitals.

As an expert, she continues to support the World Bank Studies, UNDP Studies, regional governmental research, legislative reviews and development towards formulation of knowledge-based economies on regular basis.

Tuba also serves as the Saudi Arabian Commissioner of World Business Angels Forum. She founded the first female-managed healthcare consultancy in the region which had been awarded by National Arab US Chamber of Commerce as one of the region’s most promising projects.
She supports many national and international causes by supporting their boards, in addition to serving on the boards of 39+ Saudi Companies.