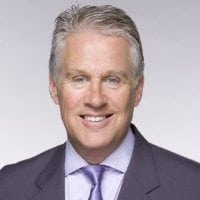 He has just returned to London after 4 years in the Gulf to take up an appointment as Chairman of the Institute of Diplomacy and Business. He is in great demand as a speaker and lecturer on a range of topics.

Stephen has conducted network interviews with Presidents, Prime Ministers and film stars. He hosted and produced the Oscars Special programme on BBC World for six years.

One of his most successful ideas was the creation of the Global IT Show Click Online, which he took to 27 countries.

Stephen is also a popular Chairman and Moderator at International global events such as the World Economic Forum at Davos and the Eurasian Media Forum in Astana and the World Science Forum.

He is frequently asked for his analysis of Middle-East politics.

He also chaired in China and Paris at the United Nations setting the five-year agenda for UNESCO.

And is frequently asked to Doha, Qatar to lead crucial meetings of energy ministers on the politics of energy in the Middle-East.

He is a judge at the British Academy of Film and Television Arts, a London school Governor, a Board member of the Global Thinkers Forum and a former Director of the world-famous Premiership London Welsh rugby club.

He is currently Chairman of the Institute of Diplomacy and Business.

According to his sons, he also tells the world’s worst jokes.