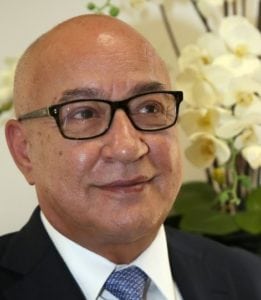 Appointed as Executive Board Member of the newly established Capital Markets Authority of Lebanon since July 2012.

Prior to this position, I have enjoyed over 20 years of experience as Chief Financial Officer for 2 major Lebanese banks, Chief Investment Officer of one of the largest infrastructure projects with the Lebanese Government. Served as Division Chief/Investments at the Arab Monetary Fund in Abu Dhabi for about 8 years. Started my career with Merrill Lynch International in New York and Dubai as a Registered Representative Series 7 and 63 as well as Licensed in foreign exchange options at the Philadelphia Stock Exchange

A holder of a Master Degree in International Finance from Western New England College. The United States.