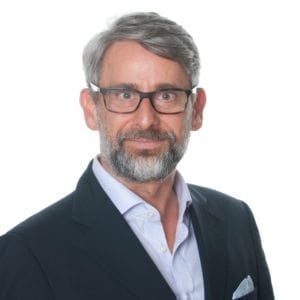 Nicola manages the KAUST Innovation Fund, the venture fund supporting the University’s pipeline of technology-based startup projects and investing in high-profile international technology companies willing to establish their operations in Saudi Arabia and to benefit from synergies with KAUST research activities. The Innovation Fund is one of the few players in Saudi Arabia making venture capital investments in technology-based startups from seed to early-stage.

For over a decade, Nicola co-led EonTech Ventures, an independent Luxembourg-based venture capital fund focused on early-stage technology, as Co-Founder and Managing Partner.

He has also spent a substantial portion of his career as a management consultant at Arthur D. Little, in the Paris and Milan office, where he was a member of the Global TIME (Telecommunication, Information, Media & electronics) practice. As a team engagement manager Nicola has led a large number of strategy consulting assignments assisting the top management of large ICT companies in Europe, the US, and Asia.

In 2011 he participated in the establishment of a venture capital fund in Russia as co-founder, and in 1999 he was Director of Worldwide Marketing Coordination at Technicolor (NYSE: TCH, formerly Thomson Multimedia).

Nicola holds an MBA from INSEAD and a business Administration and economics degree from Universita’ L. Bocconi.