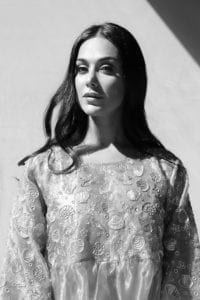 LAYLA KARDAN debuts her EP with a soulful and sultry voice expressing undertones of Jazz and Soul music infused with Middle Eastern and poetic movements.

Internationally, she has collaborated with international producers as well as established artists from Sweden, Australia and New Zealand. Her exposure to different cultures and appreciation for genres brings a fresh and edgy approach to not only her music but also her creative direction and personal style.
A true global citizen, the Australian national is currently living and producing in the United Arab Emirates. Born in Belgium with Iranian roots, the singer started performing from a young age inspired by Sade, Erykah Badu, Jill Scott, India Arie and Nina Simone.

Aiming to represent ethnic euphoria on a global stage through her melodic riffs and rhythmic beats, LAYLA KARDAN captivates her audience with true flair.