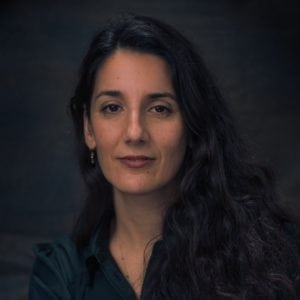 Amelia Lopez Huix, born in Spain in 1974, is the Founder and Managing Director of MOH International, a Managing Consulting Consulting Group that contributes to the advancement of the 2030 Global Agenda on Sustainable Development ensuring that gender parity in employment is realized at the
national levels.

Under Amelia’s leadership, MOH International provides on demand services on Gender-Responsive Macroeconomics with the overall objective to drive national interventions building national capacity in the area of economic policy at the country level, ensuring that gender parity is fundamental to the MOH International four strategic objectives: country ownership, alignment with national priorities, results‐orientation and mutual accountability.

Since the founding of MOH International in 2010, Amelia has been committed to promoting gender parity, not only as a basic human right, but also as intrinsic to the global goals and as an instrument for the achievement of the 2030 Sustainable Development Agenda. Under her expertise in Government Relations and International Affairs, MOH.International supports the implementation of the National Policy on Gender Parity and Mainstreaming through capacity building, knowledge sharing and policy advice to all Member states of the United Nations committed to the achievement of the 2030 Sustainable Development Agenda on measures to ensure that policies, legislation and national development priorities are gender-equitable.

Amelia graduated from Political Sciences and International Affairs at the European University of Madrid and obtained a Master Degree in Management of Development at the University of Turin. She is an expert in leveraging global markets, transnational networks and international mechanisms under the SDG framework, positioning Amelia as a unique partner on the design and implementation of national plans on gender parity and sustainable development helping countries attract foreign direct investment.

Prior to direct MOH International, Amelia has 10 years of experience as an IT engineer, holding a degree in IT Management Systems by the University of Barcelona, being appointed Director of Implementation of ERP Systems in all European Countries at Honeywell Inc.

A former member of the Spanish Olympian Swimming Team and Spanish championship in 1992. Amelia is the mother of four daughters, and a
passionate of conscious mothering.