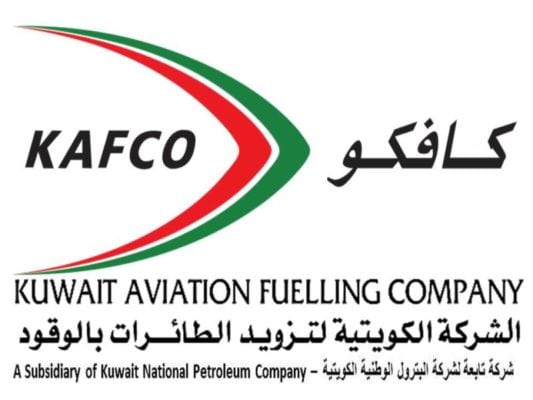 Kuwait Aviation Fuelling Company (KAFCO) was formed in 1963 with the Kuwait National Petroleum Company (KNPC) holding 51% of the shares and British Petroleum, 49%. In 1970, BP’s shares were bought out, giving KNPC 100% ownership. In 1987, KAFCO became a subsidiary of Kuwait Petroleum Corporation (KPC) and in March 2017, KAFCO’s shares ownership transferred from KPC to KNPC.

The sole supplier of jet fuel, and rated one of the best refuelling stops in the region, KAFCO operations at Kuwait International Airport (KIA), guarantee top quality on spec product and excellent service under stringent safety standards, for all its airline customers. The company delivers more than 900 million litres of Jet A-1 annually at KIA as well as special delivery for Kuwait military aircrafts. The delivery of fuel to the aircrafts is carried out 24/7 on a one-man operation basis, increasing efficiency and reducing operating cost.