A SNAPSHOT REPORT BY
NASEBA INSIGHTS FOR WIL ECONOMIC FORUM

Want to be part of the Womenomics conversation?
Reach out and we will let you know next steps.

When women participate in the economy everyone benefits[1]

Women’s participation in the world economy could add as much as US$28 trillion to annual global GDP[2]by 2025 with studies confirming the powerful multiplier effect of women’s empowerment on economic growth.

In 2016, there were 1.75 billion women in the labour force and an estimated 163 million women were either starting or running new businesses in 74 economies, with an additional 111 million at the helm of established businesses.[3]

Studies report that 870 million women, who aren’t already part of the mainstream economy, will enter the workforce or start their own businesses by 2020[4], with the global income of women predicted to reach US$18 trillion by the end of 2018.[5]

Women also drive 70-80% of all consumer purchases and the multiplier effect of female empowerment on overall economic growth, only strengthens all aspects of the value chain. However, despite 68% of the world’s gender gap now considered to be closed, there is still a parity gap in crucial areas, including the workplace.[6]

Women represent less than 5% of Standard & Poor’s 500 (in 2017, a total of 32 female CEOs were represented on the Fortune 500 list, up from 21 in 2016), yet studies show that companies with female leaders tend to perform better financially.

Businesses that increase leadership opportunities for women increase organisational effectiveness with studies reporting that where women occupy at least 30% of leadership positions, this increases new profit margins by up to 6%.[7]In the UAE, a 2012 study noted that increasing female employment could have a positive impact on GDP growth of 12%.[8]

In the Middle East & North Africa (MENA) region, established business ownership among women is lower than in other markets, with female leadership just one-third the rate of male business owners.[9]The ratio of women to men in senior positions in the region also stands at an average of just 9%, compared to 35% in the Americas, 29% in Africa and 21% in Europe.

All six GCC countries, and governments elsewhere across the region, are pursuing economic diversification visions and moving towards knowledge-based economies, with women’s economic empowerment a key commitment.

The MENA region closed more than 60% of its overall gender gap in 2017.[10]A total of 11 countries in the region improved their overall score, led by the UAE.

The UAE already ranks second in the Middle East for wage equality for similar work[12]and the newly launched Gender Balance Council has been mandated to enhance the public sector working environment by providing women with equal opportunities. At Government level, the country is a role model for the region with almost 30% female Federal National Council members (higher than the US) and representing 20% of the diplomatic corps.

In Saudi Arabia, where major socioeconomic change is underway, the plan is to increase women’s participation in the workforce from 22% to 30% by 2030, while Bahrain puts female contribution to the economy as increasing at around 5% per annum, with a 2020 target of 45.6%. Kuwait has also committed US$4 million to the development of women’s skills and boosting economic participation.[13]

The MENA region has an active community of high profile role models from Lubna S Olayan, head of Saudi Arabia’s Olayan Financing, an ambassador for women’s economic empowerment since the early 80s, and the first woman elected to the board of a publicly traded company).[14]; to Sheikh Hussein Al Banawi, CEO & Chairman, The Industrial Group, and Chairman of the Advisory Committee of The Effat Ambassadors Program at Jeddah’s Effat University, which empowers aspiring women leaders and who is also a role model for Arab youth, pushing the agenda for the breaking down of gender stereotypes.

The UAE’s Raja Easa Al Gurg, has been at the helm of the Easa Saleh Al Gurg group of companies since 1990 and is also President of Dubai Business Women Council, which has been providing strategic education, training and networking opportunities for Emiratis since 2002.

At government level, HE Sultan Bin Saeed Al Mansoori, Minister of the Economy, UAE, is championing diversity and inclusion progress as a driver to support the country’s economic diversification strategy and global development, through ground breaking government programmes such as the Gender Balance Council. Telecommunications company Du, has also been cited as a major advocate for diversity and inclusion change, led by CEO, Osman Sultan, who has been pursuing inclusion from within, with a specific focus on youth, people of determination and women. 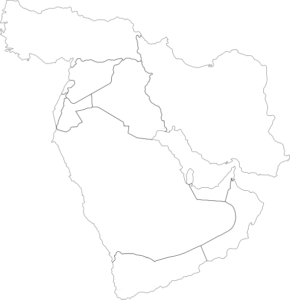 In 2016, Gulf based SME businesses run by women were valued at US$385 billion[15]and the female small business success rate currently stands at 40%. In the UAE, 50% of SME sector businesses are owned by women.[16]

Women in the MENA region are 60% more likely than their male counterparts to offer innovative solutions, with around 30% having international reach.[17]Successful self-starters include Joy Aljouny co-founder of delivery service Fetchr, who topped the 100 Startups in The Arab World list for 2017, securing funding of US$52 million, while e-commerce platform Mumzworld, raised US$4.3 million.

Companies with gender, ethnic and racial diversity are at least 15% more likely to reap above average financial returns.[18]

Around 44% of influencers state that they create content to share as a passion, according to influencer marketing platform Mavrck; and more than 50% of influencers have begun producing content for brands in the last two years with 79% planning to increase the number of branded posts currently shared across different platforms.
The power of influencers to leverage economic and social change is a vital tool in supporting empowerment and diversity and inclusion, and this extends from media voices to high profile bloggers and corporate entities with diverse client bases.

US born, Dubai based Huda Kattan, leveraged the power of social media to build a billion-dollar beauty brand with 26 million followers; with Huda Beauty a blogging vehicle that goes beyond ‘face value’ to communicate a powerful message of empowerment, entrepreneurship and the value of networking.

The appeal of relatable and authentic influencer voices is also key, with peer credibility supporting messaging penetration and results. From popular media personalities like Kris Fade of Virgin Radio Dubai to young comedian and social commentator Abdulaziz Baz (406,000 YouTube subscribers) and TV host Joelle Mardinian (5.5 million Instagram followers), the potential for engagement and reach to a receptive audience is immeasurable.

The next generation of women leaders – millennials – actively search for employers with a strong record of diversity, with 85% saying that an employer’s policy on diversity, equality and workforce inclusion was important when deciding whether or not to join a company. However, 71% also felt that their expectations were not always met.[19]

Highly educated, highly confident female millennials are entering the workforce in larger numbers than seen in previous generations, yet 21% do not feel there are enough senior female role models that resonate with them in their current organisation.[20]But, 49% of female millennial career starters feel they can rise to the very top levels with their current employer, making them more career-confident than any other generation.

As the global population ages, the pool of employable talent is shrinking, causing a serious drain on many economies. Survey data from 2015 suggests that around 25% of working age women were underemployed.[21]Countries that have passed laws and policies related to employment, minimum schooling, and access to credit for women have smaller pay gaps, more women in paid work and in senior roles.[22]

The fuller employment of women could result in significant growth in the economies of many countries in the region[23]and governments and private sector businesses are primed to implementing policies and create environments to take advantage of an underutilised female labour pool.

Diversity and inclusion initiatives have traditionally been put in place to comply with corporate governance and self-regulation – falling under the Corporate Social Responsibility (CSR) label. Simply hiring minorities, women, people of determination to fulfill a quota or tick a CSR box is not acceptable in the 21st century corporate arena.

D&I thought for the day

[8]Strategy& and Pricewaterhouse Coopers – Empowering the Third Billion: Women and the World of Work in 2012

[18]World Bank – Why Supporting Women’s Economic Inclusion is Vital for the GCC, 2017

[22]Strategy& and Pricewaterhouse Coopers – Empowering the Third Billion: Women and the World of Work in 2012

Go to Top
Array ( )
Want to be part of the Womenomics conversation?
Reach out and we will let you know next steps.