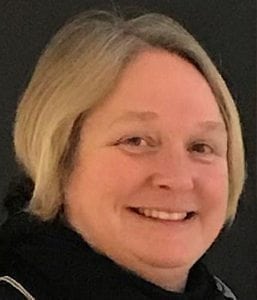 Suzanne’s career began as a careers guidance adviser after graduating in 1992 from Manchester Polytechnic with a Post Graduate Diploma in careers guidance. She then gained her MA Careers Guidance from the University of East London in 1997, which led to her establishing in 1999, a regional wide stakeholder partnership for the delivery of adult careers services in Wigan and ultimately contributing to the development and implementation of the UK Government’s Adult Careers Information Advice & Guidance Standards framework for schools, colleges, careers services, universities and employers. Suzanne joined the National Open College Network as Business Development Manager supporting the development and implementation of credit qualification frameworks across the UK and led on securing Sector Skills Council’s approvals.

Suzanne completed her MSc in International Diversity Management from the University of Bradford and joined the Department for Education in 2011 advising on education equalities and devolution policy. She then joined the Department for Business Innovation and Skills (BIS) in 2013 to head BIS’s international engagement on Science, Innovation and Education for Europe, Russia and Turkey and in 2015 took on the responsibility for Central Asia, the Middle East and North Africa and was also Head of the Newton Fund for Turkey, Kazakhstan and Egypt, which is a UK Government international science and innovation aid programme.

In September 2016, Suzanne became the UK Government’s Programme Director for the implementation of the Gulf Science, Innovation and Knowledge Economy Strategy and the exciting new collaboration programme with the Gulf States on science, innovation, women’s engagement and university collaborations.