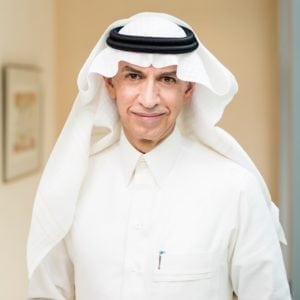 Sheikh Hussein A. Al-Banawi is the Chairman and Chief Executive Officer of The Industrial Group, a market leader in packaging, specialty chemicals and food flavors in the Broader Middle East, Africa, and Indian Subcontinent.  He is an inspirational leader dedicated to helping the next generation of enterprise leaders in the Arab World. He is Founder of the Chair in Islamic Economics, Finance and Management at Rice University in Houston, Texas and also serves on the board of various civic organisations. He is also a founding member of The John D. Gerhart Center for Philanthropy and Civic Engagement at the American University of Cairo. Sheikh Hussein is a member of the Board of Trustees, Vice Chairman of the Executive Committee, and Chairman of the Investment Committee of the World Waqf Foundation of the Islamic Development Bank.

An advocate and proponent of good corporate governance in both private and public institutions, Sheikh Hussein Al-Banawi is a member of the Board of Directors of Hawkamah, The Institute for Corporate Governance of the Dubai International Financial Centre.

Sheikh Al-Banawi is also the Chairman of the Advisory Committee of The Effat Ambassadors Program, a programme established at Effat University in Jeddah, Saudi Arabia to empower aspiring women leaders. With Sheikh Hussein’s founding vision, The Al-Banawi Scholarship for Personal Development was established at Franklin University in Switzerland with the unique purpose of providing financial aid to outstanding students in need who reciprocate by acting as academic mentors for other students facing language, learning or cultural challenges.

After embarking on his early undergraduate studies at Franklin University in Switzerland, Sheikh Hussein thereafter pursued his bachelor’s degree with a dual major in political science and business administration at Rollins College in the United States, culminating in a Master of Business Administration from Rollins.

Sheikh Hussein is the author of the recently published book, The Unknown Leader, one of the foremost publications on leadership which has emerged from our region.