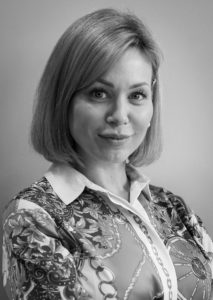 Ms. Rebecca Jobo, Head of The Dubai Mall, joined the company in November 2018.

She brings to her role a wealth of experiences in retail. From 2015 to 2018, she held the position of Vice President, Luxury Division at M. H. Alshaya Co., Kuwait – a leading international franchise operator with nearly 90 of the world’s most recognised brands in its portfolio.

Ms. Jobo served as Senior Vice President at Saks Fifth Avenue From 2001 to 2013, where she achieved status as the #1 performing Vice President.

Rebecca holds a Bachelor of Science in HR and Business Management from Park University in Parkville, Missouri.