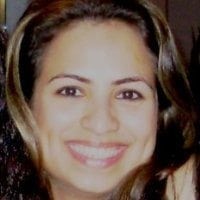 Born and raised in Calcutta, Petrina was an all-rounder in school winning accolades in literature, sports, dramatics and elocution. At 14 she won the inter-school championship in athletics and would often be seen volunteering for extra-curricular activities. At 17 her family moved to Bangalore, where she joined Mount Carmel College and graduated in 2002 with a degree in Communicative English (Mass Communication) She was nick-named the ‘Prithviraj of Zee’ by her classmates, because while she was interning at Zee News her colleagues would call her ‘Prithvi-na.’

At 19, she worked as a journalist intern with Zee News and The Times of India – where she combined her love for meeting new people with literature and thus began her tryst with journalism. After graduating in 2002, Petrina travelled and lived in Australia and New Zealand and wrote for the Sunday Star Times & Sunday News – two national weeklies in NZ. Her love for filmmaking made her take a year-long sabbatical during which she enrolled into South Seas Film School in New Zealand and graduated with a distinction & double major in documentary directing and producing, while simultaneously freelancing with a local production house Mirchi , producing /anchoring a weekly magazine food show ‘Aapka Ghar’ and a part time features writer.