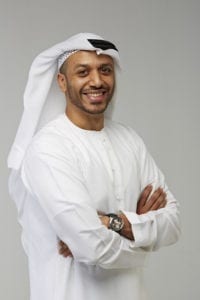 Omar Al Busaidy is an Emirati Global Shaper with the World Economic Forum, as well as a Best Selling author, entrepreneur and a member of the US and UAE Public Affairs Committee. His multiples roles have allowed him to achieve several accomplishments, from publishing his own book ‘Just Read It’, an entrepreneurial guide to self-development, to investing in start ups from the technology to trading industries.

He has also appeared as a keynote speaker and panelist at several events and conferences organized by many prestigious and high-status organizations, including, TedxYouth AlAin, 37th World Diamond Congress, Harvard Business Club, and DP World.

His range of professional expertise extends to both the public and private sector, with organizations such as the Department of Culture & Tourism – Abu Dhabi, Dubai Chamber of Commerce & Industry, National Bank of Dubai as one of the many names under his belt. He also served as a  Senior commercial attaché at the British Embassy in 2007 to 2008. This has opened many doors for Al Busaidy, landing him clients such as Saudi Aramco, Siemens and World Skills International.

His fifteen years of experience in the UAE’s corporate environment began with his B.Sc. degree in Marketing from the American University in Dubai