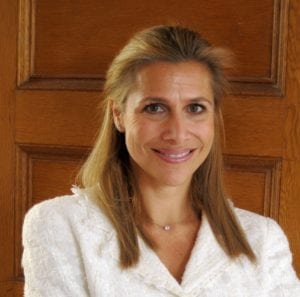 Nicolla Hewitt has nearly 30 years experience in US media, working for some of the best known companies in the world including ABC, CBS, NBC and Yahoo. Currently running her own PR company advising high profile individuals and non-profits, Miss Hewitt has a reputation for an in-depth understanding of international issues and global affairs, while delivering high value media placement for her clients.
Nicolla has served as an adviser to HRH The Prince of Wales for his “Turquoise Mountain” foundation for the preservation of Islamic art and economic empowerment in Afghanistan; Sir Richard Branson and Virgin Unite; and the Vital Voices Global Partnership founded by former US Secretary of State Hillary Clinton which helps women in over 130 countries around the world. She is currently the Middle East advisor for “Girl Rising,” a film and NGO about equal access for girls to receive an education and access to sports as a way for women’s empowerment.
Miss Hewitt spent over 25 years as an award-winning US network TV news producer – working on esteemed programs such as “Today” and “60 Minutes,” producing interviews for ABC, CBS and NBC with Presidents, Heads of State, and high profile individuals.
Miss Hewitt holds a BA in Broadcast Journalism from Pepperdine University, and was a media fellow at Stanford University’s Hoover Institute. She served on the board of UN Women for Peace, and volunteers her time to Stand up to Cancer and the Entertainment Industry Foundation in the United States. She has lived in New York, London, Los Angeles, Jordan, and currently resides in Egypt.