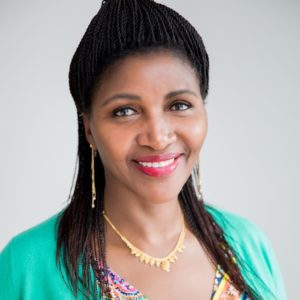 “I suffered, I strived to survive, I now thrive and live to make a difference in my generation”. (By Marie-Christine Nibagwire, a survivor of the Rwandan genocide of 1994).

Before the genocide, Marie-Christine was happy in her job as accountant, in her marriage and as a young mother of a two-year-old daughter. She escaped in horror, without any luggage, money or document, stepping on the dead bodies of her loved ones.

Carrying her daughter on her back, Marie-Christine crossed three other African countries, on foot, experiencing, not only hunger and starvation but also all kinds of abuse of human rights. In 1998, out of desperation for peace, security and seeking asylum without success, Marie-Christine then entered the United Kingdom illegally. Luckily, after much consideration of her situation, the British authorities granted her asylum, then citizenship.

Marie-Christine was then able to connect with other survivors of the Rwandan Genocide and wars of Africa who had arrived in West Europe and North America. They were all bleeding because of their loss, suffering from post-traumatic stress disorders, culture shock. The people around them, even professionals, who were supposed to help them, had not understood the weight of the pain and suffering that comes out of such tragedy as genocide.

In 2001, after completing her training in Mentoring and Counselling Refugees, Marie-Christine resigned from her paid job as Procurement Manager of Eurostar UK to devote herself fully to helping survivors of the Rwandan Genocide and wars in Africa find a safe refuge. She then founded an organisation called “Saferefugerwanda” with the following aims:

– to help survivors of the genocide of Rwanda and wars in Africa restore their lives and dignity. She has been doing that through Mentoring and Counselling those who are in the West as well as teaching them the Western Etiquette.

– to raise awareness of the plight of refugees: who they are, what they go through and how you can help and embrace them.

– to prevent genocide, wars and all kinds of conflict: “We do this by sharing stories of our loss and the sufferings such atrocities can cause; we then educate schools, universities, faith groups, social clubs, local and international communities the values of love, unity, justice, tolerance and respect of one another as foundations for Peace”.

Marie-Christine Nibagwire has many qualifications and experiences in Mentoring and Counselling Refugees, in Peacebuilding, Meditation, Security and Human Rights, Western Etiquette. She also has a Degree in Contextual Theology and is a Licensed Minister of the Church of England, serving the Diocese of London in the leadership of Holy Trinity Brompton Church, located in Kensington, London. She has influenced many faith groups on caring for refugees and has taken teams in Africa to set up generating income projects for single parents and youth refugees: sewing, jewellery and basket making. Such projects have helped parents to meet the basic needs of their families even sending their children to school. The projects for young people have saved many from sexually immoralities, gangs recruits, human trafficking, modern day slavery and risky and dangerous ways to migrate to Europe.

Marie-Christine Nibagwire speaks 5 languages fluently and has traveled in more than 33 countries and states. She is known for her ability to relate and communicate easily to people from different cultures, colours and classes. Her story and her work have been published in different magazines including “The Changemakers”, “Absolutely Notting Hill”. She has also spoken on different radios including “The Vatican Radio” and spoken in different television programs in Europe and in the USA.

Please feel welcome to watch Marie-Christine’s documentary called “Woman on the move” through this link: https://vimeo.com/224536608.

Marie-Christine has been a key helper in her community and neighbourhood in North Kensington. Drawing from her experience as a genocide survivor who has demonstrated a high level of resilience, she also offered her trauma Counselling, Peacebuilding to bring healing and peace among the survivors and trauma victims of the Grenfell Tower Fire. For her social impact, Marie-Christine received, from the House of Parliament, the “African Achievers Award” on the 5th July 2018.

Should you want to know more of Marie-Christine’s testimonies and those of her children, or to join her in her projects mentioned above, please do not hesitate to contact her on whatsapp +447904211018 or by email saferefugerwanda@gmail.com