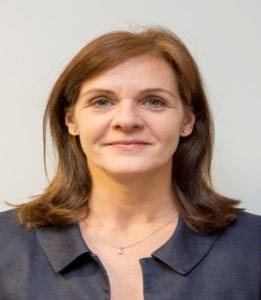 Joanna Roper was appointed by the Foreign Secretary as the Foreign and Commonwealth Office’s Special Envoy for Gender Equality in February 2017.

As the current Chair of FCO Women, the FCO’s staff association supporting women throughout their career, Joanna will also work to ensure that internal FCO policy and practice enable every woman to reach the peak of her potential.

Prior to her appointment Joanna was acting Director General for the Department for International Trade at the British Embassy in Beijing. She has also served as the Director for Consular Services in the Foreign and Commonwealth Office, overseeing a global network of some 700 people providing assistance to British nationals who find themselves in difficulty overseas.

She has served in Tokyo and in Islamabad, was formerly the Head of the FCO’s China Department, and spent a number of years working on national security issues in London.

Joanna started her career in the Home Office, joining the Foreign and Commonwealth Office in 2001. She was awarded a CMG in the June 2016 Queen’s Birthday Honors.