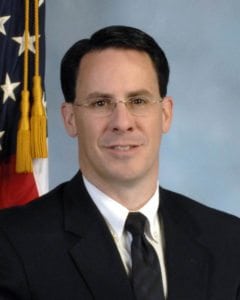 Mr. Marshall began his career as a special agent with the FBI in 1997. He was first assigned to the St. Louis Division, where he worked on a gang and fugitive task force. He then moved to a white-collar crime squad and conducted mortgage and bank fraud investigations.

In 2003, he was promoted to supervisory special agent in the Cyber Division at FBI Headquarters. In this role, he oversaw an international task force responsible for extraterritorial investigations and collaboration with Interpol. In 2005, he transferred to the Memphis Division to supervise a public corruption squad. While there, he also served as the crisis management coordinator and the acting chief division counsel.

Mr. Marshall was promoted in 2008 to assistant special agent in charge of the Dallas Division. He managed the white-collar crime, intelligence, and administrative programs.

In 2012, Mr. Marshall was promoted to inspector at FBI Headquarters and led inspections of numerous field offices and legal attaches, as well as a number of shooting incident review teams.

Prior to his appointment with the FBI, Mr. Marshall worked for the Prosecuting Attorney’s Office in Little Rock, Arkansas. He holds a Bachelor of Arts degree in political science and a Juris Doctorate from the University of Arkansas.