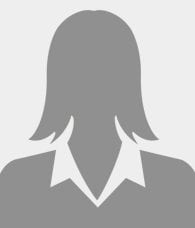 Currently, Ms. Alowais is the Vice President of the International Participants Department at Expo 2020 Dubai where she oversees the presence and participation of International and intergovernmental organizations, a wide range of stakeholders including global & local NGOs, academic institutions, philanthropic foundations, global initiatives at next World Expo “Expo 2020 Dubai”. Ms. Alowais will aim to create a space to address global challenges by bringing forward innovative and impact driven initiatives through building a platform for multi-stakeholder partnership to advance the global development agenda.

Ms. Alowais was a Senior Advisor for Intergovernmental Support and Strategic Partnerships at UN Women. In that position, she oversaw the successful establishment and launch of the UN Women Liaison Office in Abu Dhabi under the patronage of Her Highness Sheikha Fatima, the Frist Lady of the UAE. Ms. Alowais was also responsible for initiating the process of looking into the role of religion in advancing gender equality and women’s empowerment at UN Women headquarters.

Previous to that position, Ms. Alowais was the Deputy Permanent Representative at the Permanent Mission of the UAE to the United Nations in New York. She has worked on key security files such as the Syria conflict, Combatting Piracy in Somalia and disarmament issues before becoming actively involved in the Rio+20 process and 2030 Agenda for sustainable Development .

Her work has focused on multilateral diplomacy and on supporting the advancement of  the UAE’s agenda at the UN.

Ms. Alowais holds a Master of Arts in Public Policy from the New York University’s Tisch School of the Arts and a Master’s degree in International Affairs from the Lebanese American University. She was pursuing a Doctorate degree at NYU’s Steinhart School of Culture Education.