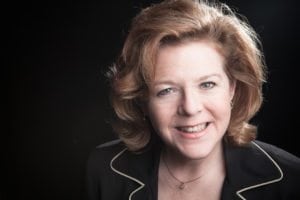 Ms. Treanor runs a specialist media consultancy company based in Dubai. She is a professional conference moderator and facilitator and an expert media and communications trainer as well as a seasoned energy industry commentator.

She acts as OPEC’s official on-air conference and webcast moderator. She has moderated at a large number of other conferences, including the International Energy Forum, ADIPEC, World Energy Forum, the Africa Global Business Forum and the Excellence in Energy Awards. She is CNBC Arabia’s Special Consultant and she has worked as an international television journalist for ABC News, Sky News, BBC World, Bloomberg Television and CNBC Europe.  She has interviewed thousands of leading politicians, dignitaries, energy ministers and high-ranking business people around the world. She is a guest presenter on Dubai Eye radio, on the award-winning Business Breakfast show, and she regularly comments on energy matters.

Ms. Treanor studied Politics and Sociology at Trinity College in Dublin, Ireland and holds a degree in Broadcast Communications from Columbia College in Chicago, as well as a post-graduate diploma in International Relations from the London School of Economics.