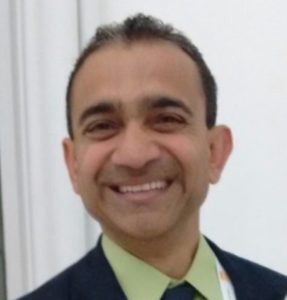 From 2013-18 he was  co-Founder & Vice President of Silicon Valley based Admission Table www.admissiontable.com which used mobile technology, AI and NLP to engage with and recruit international students for universities around the world. Admission Table (AT) funded by Mountain View, CA based 500.co, Microsoft Ventures and NYU StartEd and other investors. was acquired in 2018.

Between 2010-13, Duleep was Dean and Professor of Humanities & Interim Dean School of Business at Manipal International University, Kuala Lumpur, Malaysia and also served as Vice President for International Education for Manipal Global Education (NewYork) and oversaw international education initiatives of the Manipal group of universities in India, Dubai, Malaysia, Nepal and Antigua.

Prior to this he served as President of the New York based study abroad provider Knowledge Exchange Institute (2007-10); Associate Professor and Dean, International Programs, Marist College, New York (2000-07) and Asst. Professor and Director International Programs, University of Alabama at Birmingham (1989-2000.) He has spent several summers as a visiting professor (MBA program) at the Fachoshule Tecnik Esslingen, Germany.

He is active in various international education organizations and has served on the boards of AIEA, NAFSA, CIEE, and EAIE among others. He is currently on the Strategy and Management board of the EAIE (European Association for International Education) He is also an adviser for the Washington DC-based media training company, Gato Communications Inc. He has worked in the US, Italy, Germany, Spain, Mexico, and Malaysia. He has developed academic programs in over 50 countries, recruited students from over 60 countries and has also offered training courses and/or workshops on various international topics and his areas of expertise include working with the corporate community and fundraising, developing strategies for internationalization, management and administration of the international office, marketing and recruitment, building a university or branch campus or centers abroad. He has been involved in organizing over 40 international conferences worldwide. An avid traveler he has visited over 100 countries.