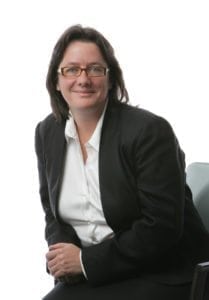 Deirdre Walker is Head of Norton Rose Fulbright Middle East. She recently moved to the region from London, where she was Head of Dispute Resolution and Litigation, Europe, Middle East and Asia.
Deirdre has considerable experience in all forms of dispute resolution including litigation, mediation and arbitration as well as general banking and commercial dispute resolution, with a particular specialism in commercial fraud and interlocutory applications.
Deirdre was one of the founding partners and is a longstanding champion of the Women in Norton Rose Fulbright (WiN) group. Deirdre’s work with this Diversity & Inclusion (D&I) group over the years has included acting a senior role model for women looking to progress in the legal world, as well as building a forum where issues affecting women (in law and across our clients’ industries) can be freely raised and discussed.
Now in the Middle East, Deirdre will be driving Norton Rose Fulbright’s Ta’theer initiative. Ta’theer seeks to encourage, champion and educate people in the workplace on gender parity and it also provides opportunity, development, training and networking for female employees.