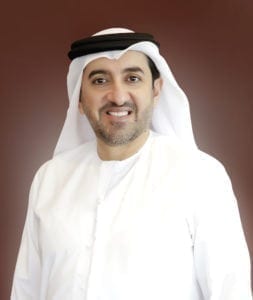 HE Eng. Mohammed Ahmed Bin Abdul Aziz Al Shehhi is Undersecretary for Economic Affairs in the Ministry of Economy of the UAE, and has been at the Ministry since 2006. He is on the board of Emirates Petroleum, serves as Chairman of Arab Mining Company, and is a board member of the Emirates Identity Authority and the Emirates Standardization and Metrology Authority. He also heads the Competition Committee of the UAE and Agency Committee, along with the Trade Marks Committee. Previously he held senior executive roles at Emirates Telecommunications Corporation (Etisalat) in an eventful career that spanned 17 years. He holds an executive master’s degree in business management from the American University of Sharjah.