From intent to impact: Creating more opportunities for female graduates in the workforce 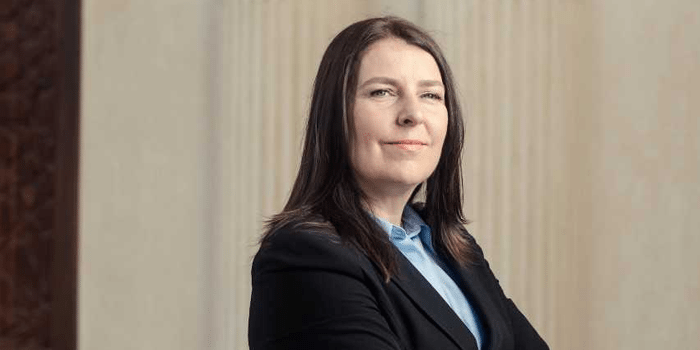 Dr. Jeannette Vinke, Chief Operating Officer at American University of Sharjah, discusses how high levels of female university attainment can be translated into better workforce participation rates for women. Dr. Vinke’s career spans a long corporate tenure at Deutsche Bank, along with time as an academic and university administrator. She is therefore well placed to consider the issue of why more women in the Arab states, and around the world, are not in paid employment, despite increasingly high levels of women graduating from university.

As Chief Operating Officer at American University of Sharjah (AUS), I am proud to be a part of an institution that has such a practical and direct impact on generating positives outcomes for women. Our university, like many others in the Gulf, now has a student population where women are well represented. Just over 50 percent of students at AUS are female, and an increasing number of our female students are graduating from the traditionally male-dominated STEM disciplines of science, technology, engineering and mathematics.

No doubt the academic achievements of our alumnae will be instrumental to their future well-being. A university degree is the key to independence for many young women in our region, setting them up for a future where they can direct their own life, financially and socially.Like men, women who complete a tertiary education enjoy better job prospects and earning potential. They are more likely to occupy leadership positions in their career, and less likely to experience long-term unemployment and under employment.

Despite the great gains in female education over recent decades, not just in the GCC but around the globe, we are failing to see the same gender parity in the workforce that we have witnessed in higher education. In the space of less than a generation, we have seen the education gender gap obliterated: women are out-performing their male counterparts when it comes to both entry into university and degree completion. Yet women remain underrepresented in many industries, with the gap between the number of males and females in public and private leadership positions as stark as ever.

It is therefore pertinent that the theme, “The Butterfly Effect – From Intent to Impact,” was chosen for this year’s Naseba Women in Leadership Economic Forum. The intent to better educate women has certainly been realized. Now it becomes timely to investigate why this impact on education has not led to more rapid progress for women in the workforce. With outstanding academic qualifications, and a desire to enter the workplace and succeed in their careers, why are not more women participating in paid work and occupying leadership positions in our organizations?

Statistics from the World Economic Forum (WEF) illustrate the reality of the gap. According to the WEF’s 2014 Gender Gap Report, the percentage of female students enrolled in tertiary education in the UAE stands at 76 percent. But while over three quarters of the country’s university students are female, women make up only 34 percent of the workforce. When it comes to senior roles, the numbers are even more grim. According to research from Catalyst, only 1.2% of board seats in the UAE are held by women.

Why is this so? The answers to this question are the same in this region as elsewhere in the world. Societal expectations about a woman’s role in the workforce remain influential on a woman’s decision about the type of job and the industry she chooses. Decisions about raising a family and child-care arrangements are also fundamental to the issue of gender parity in the workforce.

However, society itself has much to gain from creating a workforce more representative of the female population. A 2015 report from McKinsey Global Institute found that a “best in region” scenario, in which all countries match the rate of improvement of the fastest-improving country in their region for female workplace participation, could add as much as $12 trillion, or 11 percent, in annual 2025 GDP. In a “full potential” scenario, in which women play an identical role in labor markets to that of men, as much as $28 trillion, or 26 percent, could be added to global annual GDP by 2025.

There are of course individual reasons why women do not participate in the workforce as fully as men. Many women opt to focus their energies and talents on family – which is of course a choice as legitimate as that of choosing to undertake paid work. However, for women who do want to participate, we need to ensure that they have the opportunities to do so. Creating organizational structures and working environments accessible to women are key. But as seen at the Women in Leadership Economic Forum, providing strong role models and mentors for young women is also essential. Our current generation of women studying at university need to see that they can break through the glass ceiling, albeit with a great deal of hard work and determination. They also need to be guided by women who have encountered barriers to workforce participation first hand, learning from their experience and advice.

Importantly, the Forum featured women who have succeeded in traditionally male-dominated fields or professions. For female students at AUS studying math, engineering and the sciences, hearing from women who have “made it big” in their fields is an invaluable way of giving our students the confidence and inspiration needed to follow their own ambitions. The benefits of finding other women who share their aspirations to become leaders in conventionally male disciplines cannot be underestimated.

Throughout the course of my career, I have been lucky enough to have been a leader in both the corporate world, and in academia. With senior roles in Europe and the Middle East, including a tenure as CFO of Deutsche Bank for the MENA region, I have experienced first-hand the challenges women looking to scale the corporate ladder face. My hope for the future, and for the current female students studying at AUS, is that being a woman and an industry leader is the norm. Initiatives such as the Women in Leadership Economic Forum are instrumental in making this hope a reality, and I am excited to see the impact of the Forum on our students that attended. I hope that it inspires them to go above and beyond in realizing their career aspirations.