Bringing the human touch to digitisation 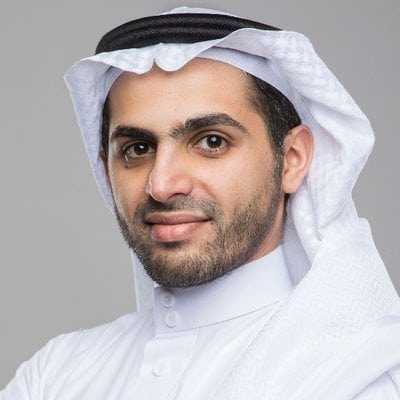 Saudi Arabia’s National Digitization Unit (NDU) may be driving some of the most advanced technology in the world, but the mandate remains “citizen first”

Saudi Arabia’s digital ambitions are bold. Encompassing physical infrastructure and national culture in equal measure, they range from the creation of tech hubs such as the $500 billion NEOM, to the development of an innovative tech-startup sector that can lead global advancement across science, technology, society and business.

Despite being subject to multiple attacks on its IT infrastructure, Saudi Arabia knows the future is digital – and digital forms the foundations of Vision 2030. From smart cities, to cloud capabilities and the latest infrastructure and tech innovations across multiple sectors, ‘digital’ features heavily on the agenda for transformation.

Spearheaded by CEO Mohammed AlRokayan, the National Digitization Unit (NDU) is a centre of excellence, mandated to accelerate the attainment of these objectives.

Playing the role of enabler, disruptor, incubator and guardian of a portfolio of programmes, the focus is citizens first: understand their satisfaction and design tools to enhance it. In reality, this takes the shape of personalised and incentivised citizen services, integrating wearables on government workers, and utilising AI for predictive citizen services

Through its wider philosophy, NDU is working to realise Saudi Arabia’s National Digital Vision, which will not only support the Kingdom’s emergence as a global leader in innovation, but underpin such 2030 objectives as private sector GDP increases, non-oil GDP generation and wider employment opportunities. The digital transformation of traditional business models is expected to generate 200,000 jobs by 2025 and NDU wants this talent to create, rather than fill, such jobs.

NDU will also support the digital transformation of such sectors as healthcare, education, smart city development and e-commerce

In its quest to engage, challenge and collaborate with various stakeholders, NDU entered into a Memorandum of Understanding (MoU) with NXN in 2017. Expanding on an existing partnership, this agreement covers the four strategic themes of the Kingdom’s digital vision: Digital Society, Digital Economy, Digital Nation and Digital Talent.

Within a decade, NDU will achieve goals across several areas, including sustainability, intelligent urban centres and the emergence of a digital government. The work of NDU, today and in the coming years, is enough to wow even the most futuristic of thinkers. For a Kingdom built on achieving the impossible, it’s merely another decade in Saudi Arabia.

National Digitization Unit (NDU) is a centre of excellence mandated to accelerate the efforts to achieve the Vision 2030 objectives. An entity under the National Digitization Committee, NDU is working to realize the Kingdom’s National Digital Vision to make Saudi Arabia a leading digital nation with a pioneering and diversified economy that builds on the Kingdom’s talent and innovative spirit. It aims to achieve this vision by playing the role of an enabler, disruptor, incubator and guardian of a portfolio of programmes, engaging with various governmental and private stakeholders in the national digital ecosystem. Its mission is to drive rapid, agile and sustainable national digital transformation, utilizing cross sector enabling policies, platforms and critical infrastructure, as well as leveraging global and regional partnerships, the KSA’s large youth population and the Kingdom’s preeminent position in the Arab and Muslim world to enhance the nation’s digital environment.