In the souks of the GCC, business is still done the old-fashioned way 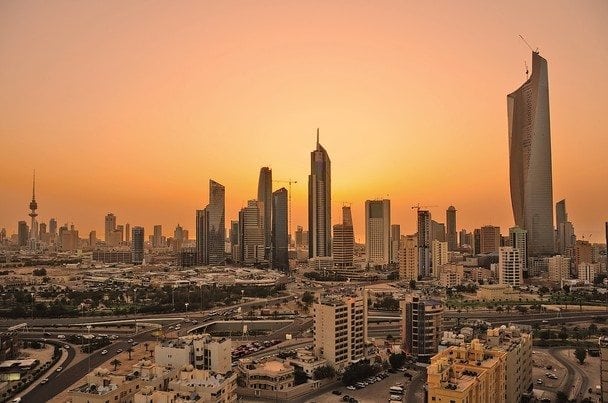 Kuwait City is a thriving modern hub of finance and industry – a place where weekends see shoppers flock to the air-conditioned, sleek environs of the city’s malls, in which a constellation of major international brands vie for their attention. Office buildings in the city’s business district are modern marvels, pillars of glass and steel that twist upwards into a perennially clear blue sky, surrounded by the constant buzz of traffic.

The city shares the cosmopolitan spirit of nearby Dubai, Doha, Riyadh, and Muscat, with all five cities vying to become the most attractive to international visitors. Kuwait’s government recently announced that the country will be spending $2 billion on investment projects for tourism, with the aim of increasing the number of visitors to the country from 270,000 in 2014 to an estimated 440,000 by 2024.  These developments are taking place in tandem with infrastructure plans that include a $7 billion metro system, which will traverse Kuwait City in three lines stopping at nearly 70 stations, and a brand-new terminal at Kuwait International Airport.

Even before the government rolls out this proverbial red carpet of new developments, Kuwait City – like many of the major cities in the GCC – has much to offer international visitors.

Kuwait City not only boasts the sophisticated luxury and creature comforts that have become the hallmark of the wealthy Gulf nations, but also of a rich history that has left its imprint on the city’s very bricks. Nowhere is this more evident than in the city’s souks, or open-air markets – chief among them the Souk Al Mubarakiya, king among marketplaces, the oldest and most well-established of Kuwait’s traditional souks.

For travelers to the city who are accustomed to the gilded-cage confines of hotels, and hectic travel schedules packed with business meetings and conferences, venturing out into the colorful wilds of a traditional Gulf souk is an experience worth savoring.

Like all major souks in this region, the Souk Al Mubarakiya is an institution in its own right – a commercial enterprise, history lesson, and vivid sensory experience, all wrapped up in one slightly chaotic package. It welcomes visitors with fetching displays of the goods on sale, ranging from the traditional and esoteric to the distinctly modern and practical.

Stalls selling handmade local crafts, Arab antiques, traditional clothing, and Persian carpets are ranged alongside stalls selling all manner of edible goods. Piles of fresh fruit and vegetables compete with the fragrant lure of spices stored in sacks and jars, while the popular fish market and butcher’s market attract a steady stream of visitors.

At the souk, every purchase is a one-to-one transaction. The savviest of the souk’s visitors are well aware that simply choosing an item from a stall and paying for it, as one would in a supermarket, could be downright insulting to the stall’s owner. Many of the souk’s stall owners are carrying on family businesses that passed down through generations. In each generation, one timeless staple of the souk has remained constant: haggling. Any transaction that takes place at the souk requires that both parties engage in this particular form of negotiation – part battle, part dance, and entirely personal. The skilled haggler knows that the right phrase or smile could dramatically affect the final price of the item in question.

Tucked into the heart of the souk is the Sheikh Mubarak Kiosk, formerly the seat of Sheikh Mubarak Al-Sabah, 7th ruler of Kuwait. This seemingly innocuous building was established in 1897, and has served a myriad of purposes since then, including a court, a pharmacy, a pearl divers’ affairs office, an office of land registry, a post office, and a library. In 2011, it became a museum with free admission.

The kiosk’s original purpose was to serve as a city hall, where citizens could gather to meet with the Sheikh and present him with their concerns and issues, which he would then resolve. Sheikh Mubarak also dealt with matters of both local and foreign trade at the kiosk, supervising the business dealings of his people, and conducting his own business with local vendors and British delegates, whom he met with personally.

Visitors to the kiosk – and the souk in general – are experiencing the echoes of a Gulf tradition that continues to this day: a preference for doing business in person.

International business travelers to the Gulf are also active participants in this long-standing tradition. They are well aware of the significance of the physical gestures of business: the firm handshake, the courteous smile, the slight rasp of pen on paper. In a world where the sterile realities of video conferences are becoming increasingly popular, the GCC remains one of the few strongholds of traditionalists who prefer sitting across from potential business associates, and engaging in face-to-face communication.

The souk provides an unusual and excellent, though perhaps unlikely, venue for this type of business meeting. For example, at Souk Al Mubarakiya, the souk’s restaurant square – a courtyard filled with colorful plastic tables and chairs, and lined with cafes and restaurants serving a range of Middle Eastern cuisines – offers a place for patrons to carry out leisurely discussions over plates of kebab or cups of strong Arabic coffee. On summer days, a cooling water mist sprays from pipes overhead, keeping patrons from feeling the effects of the heat.

For the adventurous of spirit, the appeal of major Gulf cities as prime business destinations depends, not on their modern amenities and rapidly developing infrastructures, but on the values embodied by the souk: the importance of personal communication, community, and trust.