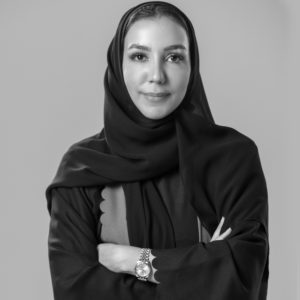 Zeina Dagher joined Emaar in 2009 as Assistant Manager – Marketing and Group Sales for Burj Khalifa. Having pursued her MBA in Marketing and International Business, Zeina has seen a promising and enviable career path with the world iconic tower, Burj Khalifa. Zeina has been the visionary and thought leader behind At the Top, Burj Khalifa managing all aspects of revenue generation, sales/ marketing and operations of the attraction. Under her leadership Burj Khalifa has been a recipient of several awards and recognitions.

Additionally she has managed the Emaar Tukey Observation Deck Project, Burj Khalifa LED light shows, Emaar Corporate Marketing and other Consultancy services with the Government. The newest and most talked about venture – Dubai Creek Tower (new tallest tower in the world) is also led by her from a design and operational aspect – yet another feather in her cap.

With a record of successfully leading and delivering the Chairman’s vision, Zeina is truly and an inspiring leader and exhibits the true Emaar values of ownership and dreaming big.