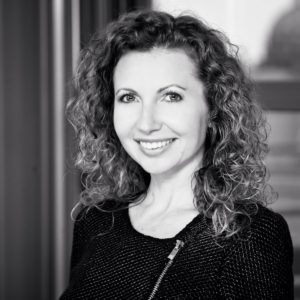 Vera is the Innovation Director for the global Venture Capital firm 500 Startups, in charge of the Middle East region and Russia. She advises Corporates and Governments on Innovation and helps them build thriving ecosystems. Vera is also a strong female empowerment supporter and a social impact advocate. Vera serves as a Global Ambassador and Mentor for Vital Voices, a Hillary Clinton and Madeleine Albright NGO that works with women leaders. She is a founding member of the Dubai Future Accelerators, an initiative of Dubai Government to accelerate innovation. Prior to that, Vera was the Founder of a tech startup in MENA. Before that Vera ran the global communications for Rocket Internet during the IPO, the largest tech IPO in Germany in a decade. Before her career in the tech and innovation world, Vera completed her MSc at the London School of Economics and worked as a political consultant in the European Union in Brussels. Vera has lived in 10 countries and is fluent in five languages.