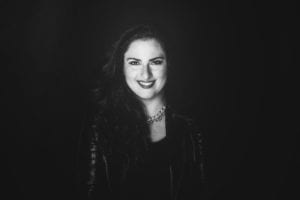 Sally is a recognised voice on UAE and Australian radio, interviewing some of the world’s top CEO’s and award-winning game-changers across every field.

An Australian of Middle-Eastern heritage, she grew up in Sydney with a deep awareness and appreciation for the multifaceted stories of those who belong in more than one culture. She began her career as community development worker, passionate about giving diverse communities and youth a voice. She began hosting community radio programs with that in mind, training young people in communication skills and radio production.

Now in the Middle East for over a decade, Sally has been a presenter on some of the region’s top platforms, and in 2018 became one of the presenters who launched Sharjah’s first English radio station, Pulse 95.

As a presenter on Pulse 95, Sally is excited to bring stories of inspiration and diversity to a daily audience.