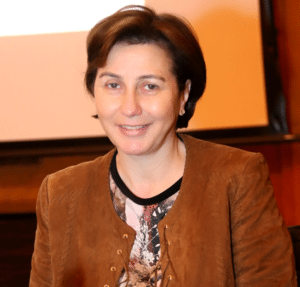 Salam Yamout is the Regional Director, Middle East for the Internet Society since November 2016, where she is responsible for heading the Middle East Regional Bureau and promoting access to the Internet for the benefit of people everywhere.

Prior to joining the Internet Society, Ms. Yamout was the National Information and Communications Technologies (ICT) Strategy Coordinator at the Office of the Prime Minister of Lebanon. She brings over 25 years of experience in the development and management of ICT systems and their impact on business, governments, and society at large. She worked with industry leaders such as Cisco Systems, and International organisations such as the European Union and UNDP.

Ms. Yamout is founder and executive board member of the Lebanese Internet Center, Women in IT, and the Lebanon Chapter of the Internet Society. She also serves on the board of various organizations including RIPE NCC (the Internet Registry for Europe, the Middle East and parts of Central Asia); MIT Enterprise Forum for the Pan Arab Region, and Lebanon for Entrepreneurs.
Ms. Yamout holds a Master of Business Administration (MBA) from Ecole Supérieure des Affaires (ESA) in Beirut and a Master of Science in Electrical Engineering from the University of Arizona.