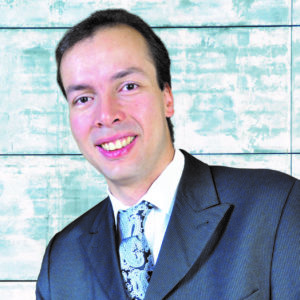 Rostan is a French and Brazilian national. He started his professional career in 1995 as a junior auditor at Arthur Andersen, France. He then worked five years as a strategy consultant for Stratorg and Mercer Management Consulting (now Oliver Wyman). There, he was involved in the design of international expansion plans for leading European conglomerates in the steel, energy and food sectors and in the conduct of M&A and strategic due diligence for private equity firms in the automobile, mining and infrastructure sectors.

Rostan joined IFC in 2004 through the Global Transaction Team (GTT) program in Washington DC. At IFC, Rostan advised governments in Latin America and in Middle-East and North Africa on privatizations and Public-Private Partnerships (PPP) in infrastructure sectors (airport, airline, port, telecom, solar energy, health). He closed 5 advisory transactions which led to the mobilization of over US$1 billion of private sector investments. One of Rostan’s advisory transactions, the privatization of telecom incumbent TELECO in Haiti, received both an IFC corporate award and an IFC advisory services excellence award in 2013. Rostan also worked with the investment side of IFC. He worked on IFC’s North African Investments in the manufacturing, agribusiness and services sector then on IFC’s Telecommunications, Media, and Technology (TMT) investments for Sub-Saharan Africa. Since September 2016, Rostan leads IFC’s Fintech investments for Sub-Saharan Africa.

Rostan holds a finance master from E.M. Lyon (France), a MBA from the Wharton School (USA), and a master in international studies from The Lauder Institute (University of Pennsylvania, USA). He also graduated from the National Music Academy of Strasbourg (France) in piano.

Rostan speaks French, Portuguese, Spanish, German and English. He is currently based in Johannesburg, South Africa.