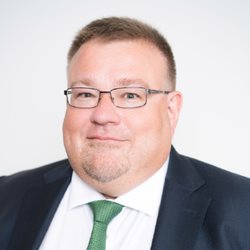 Managing Director, Head of Policy and Strategy, joined the DFSA in June 2012 as Head of Policy to lead further development of the DFSA’s policy framework. He joined the Executive Committee in early 2015, and was appointed as a Managing Director in early 2016. Mr Smith is also responsible for overseeing the DFSA’s strategic planning, including its annual business planning cycle, and the organisation’s approach to setting its Risk Tolerance and managing non-firm specific risks. He is a member of the IAIS Financial Stability and Technical Committee, and is also involved in IAIS working groups. Mr Smith has over 25 years of regulatory experience. Prior to joining the DFSA, he was Head of the Investments Policy Department at the UK Financial Services Authority. Earlier roles in the UK included policy areas, supervision, bank resolution, internal audit and risk management. From 2003 to 2007, Mr Smith was seconded to the European Commission in Brussels, working on banking issues, supervision of financial groups, and the future of supervision within the European Union. Mr Smith holds a Master’s degree in finance from London Business School.