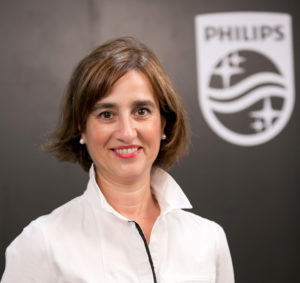 Özlem joined Philips in 1998 and has been integrally involved in driving the growth of the company. Her initial role at Philips was the Marketing Manager for Philips Turkey Domestic Appliances and Personal Care Division, from 1998 to 2005. In 2005, Özlem assumed the role of General Manager, Philips Household Appliances, and Personal Care Products Group. In 2008 she took the leading role in merging Consumer Electronics and Domestic Appliances & Personal Care organizations of Philips and has become the General Manager for the merger called Consumer Lifestyle Turkey.

In 2010, Özlem became the Head of Marketing and Strategy at Philips Emerging Markets, in Singapore where she played an important role in building the strategic and winning plans in wide range of Emerging markets from China to Brazil, before being appointed Vice President and General Manager for Philips Consumer Lifestyle, Middle East, Turkey and Africa (META) in 2011 based in Dubai.

Following a strong career in the Consumer and Personal Health businesses in Philips, Özlem was appointed as Senior Vice President and General Manager Philips Health Systems MET (Middle East & Turkey) as of Feb 2015. She has changed her scope from “consumer focus” to cover the entire Health Systems in B2B area. In this role her mission was to bring “patient centric” approach and integrated healthcare solutions to drive the costs down for the healthcare providers while improving the access to healthcare by bigger population groups.

Özlem was appointed as Chief Executive Officer of Philips Middle East and Turkey as of January 2018.

Özlem holds a bachelor degree in Business Administration from Boğaziçi University in Turkey. Fidanci is married and with one son and enjoys painting and sailing in her free time.