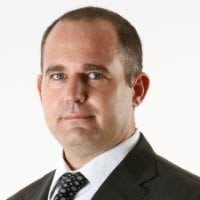 Nigel joined Marriott in April 2017 and Starwood in 1993. After moving to the UK in 1996 and holding several management positions in hotel operations, Nigel moved into hotel IT and relocated to Dublin as part of a pre-opening team. In 2002 he join the Starwood divisional office as Senior manager IT EAME and completed several large project including a network & communications restructure and the Le Meridien brand integration. In 2006 he relocated again, this time to Dubai in the role as Regional Director of IT for the Middle East where he opened more than 22 new hotels across 8 brands including 4 conversions / re-branding projects. In his current role with Marriott, Nigel manages a team of 4 Senior Managers and 90+ Hotel based IT associates. Together they work on more than 35 concurrent hotel opening projects. Nigel is a keen golfer and is married with 2 daughters Nina & Bianca.