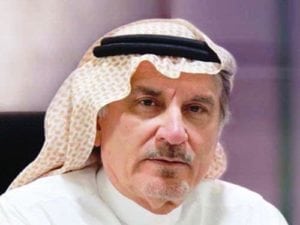 Mr. Khaled Almaeena has held a broad range of positions in Saudi media for almost thirty years, including CEO of a PR Firm, Saudi Television news anchor, talk show host, radio announcer and journalist. Almaeena also held a series of senior positions in Saudia Airlines.
As the Editor-in-Chief of Arab News, the largest English-language newspaper in the Middle East, Almaeena steered the paper through the Gulf Crisis and pioneered bringing the newspapers back to a liberated Kuwait. Under his direction, the paper was first in 2003 to send a Saudi reporter to Iraq to report extensively from the front lines.
As a journalist, Almaeena has represented Saudi media at Arab summits in Baghdad, Morocco and elsewhere. In 1990, he was one of the four journalists to cover historic resumption of diplomatic ties between Saudi Arabia and Russia. He also travelled to China as part of this diplomatic mission.
Highly regarded for his views, Almaeena’s political and social columns appear in Gild News – Dubai, Asharaq Al-Awsat, Al-Eqtisadiah, Arab News, Times of Oman, Asian Age, Al Arabia , Makkah and the China Post. His interest in sports attracted him to the successful promotion of squash and tennis tournaments in the Kingdom.
In 1982, Almaeena became the Editor-in-Chief of Arab News. He stepped down in 1993 to head the Saudi Public Relations (SRPC) a position he held for five years. He returned to the top editor’s post of Arab News in 1998 and continued until October 2011.
In April 2012, he joined as the Editor-in-Chief of Saudi Gazette, English daily published from Jeddah and continued in the position until the end of April 2014.
Mr. Almaeena was awarded the highest civilian Awards Sitara-e-imtiyaz (Star of Excellence) by the government of Pakistan in January 2009.
He was awarded a Doctorate in Humanities from Mindanao University in the Philippines in February 2009.
He is also a visiting nonresident scholar at the University of Central Florida.
Almaeena is fluent in several languages.