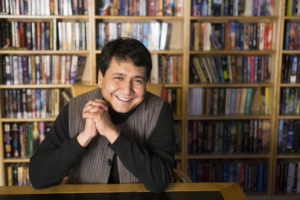 Kaustav Mitra serves as Vice President and Head of Educator Programs for Tynker, the world’s largest integrated coding education platform for children. In this capacity, he oversees programs and services for the 90,000 schools, hundreds of thousands of teachers, and millions of schoolchildren who use Tynker in 153 countries around the world. Among other initiatives, Mitra launched the Tynker CodeMaker Camps program in collaboration with the American Camp Association to help US K-12 teachers earn supplemental income by owning and operating their own summer camps.

Mitra formerly served as Chairperson and President of Infosys Foundation USA, the largest private charitable foundation in the U.S. focused on K-12 Computer Science and Maker education programs targeting underserved communities. At the foundation, he spearheaded several key initiatives including a pioneering partnership with the National Science Foundation and DonorsChoose.org for crowdfunding Computer Science professional development for teachers. Mitra launched the Pathfinders Summer Institute, a weeklong computer science and maker education professional development program at Indiana University Bloomington for 600 K-12 teachers, as well as the annual Infy Maker Awards, a nationwide Maker competition to encourage young Makers. During his tenure, he oversaw $19 million in grants to over 40 major universities and not-for-profit organizations nationwide, benefiting over 20,000 schools and positively impacting close to five million students. Mitra was part of the team that founded the foundation in 2015, by 2016 the foundation was recognized by the Obama White House as one of the most influential and effective funders in CS education.

Prior to Infosys, Mitra served as a Global Vice President at SAP where he conceived, designed and launched SAP Startup Focus, SAP’s first engagement with the global startup community. In two short years, under his leadership, the Startup Focus program recruited 1,800 startups from 55 countries, representing 22 different industries, to build innovative solutions on SAP technology.

With other previous experience over fifteen years as an entrepreneur, consultant, and technologist, Mitra has a unique understanding spanning both nimble, early state startups and large multinational corporations, and the opportunities and challenges facing each of these. He combines this with deep personal convictions supporting diversity and inclusion in education, the role of early computing instruction in economic mobility, and the need for compassion and empathy in building equitable societies. He has an undergraduate degree in Mechanical Engineering and a graduate degree in Mathematics from BITS, Pilani, one of the top engineering schools in India, as well as a graduate degree in Economics from the University of Southern California. Mitra lives in heart of Silicon Valley in Palo Alto, CA where he devotes his scarce free time to consuming Science Fiction, perfecting the grilling of Chicken Kababs, and playing highly competitive board games with his wife and two children.